Wraiths are a weaker variety of demon that are typically found near Fade rifts.

Like wisps, wraiths are sometimes thought to be the remains of spirits or demons that have been destroyed. They cannot shape the Fade around themselves, nor are they capable of mimicking forms they see in the minds of dreamers as many weaker spirits do. Instead, they are the scavengers of the Fade, dwelling in the shadows of stronger beings, feeding on scraps of thought and emotion.

—From Beyond the Veil: Spirits and Demons by Enchanter Mirdromel[1]

Wraiths are only capable of ranged attack using magic; if they are in presence of a more powerful demon, they can also gain barriers and elemental damage to enhance their attack. A rage demon for instance would grant fire damage while a despair demon would bestow ice damage.

Wisp Essence (if charged by a pure wisp) 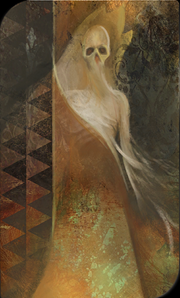 A rift wraith in Heroes of Dragon Age 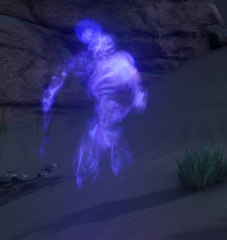 A wraith augmented by a pride demon. 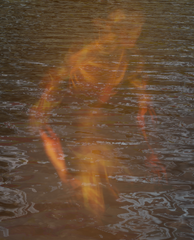 A wraith augmented by a rage demon. 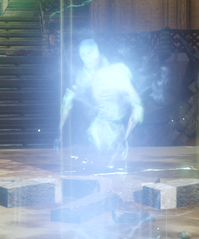 A wraith augmented by a despair demon.