Wisp wraiths are a weaker variety of demon encountered in Dragon Age: Origins.

Wisps are demons that have either been destroyed—often by other demons—or existed in a waking world without a host for too long, losing their power as a result. While they have more consciousness than an average wisp, the only thing that clings to their mind is a hatred of all things living. Wraith wisps often mindlessly attack when encountered in the Fade. In the living world, they are often mistaken for lanterns and are known to maliciously lead the living into dangerous areas. This does, however, seem to be the very limit of their cunning.[1][2]

The Warden will encounter multiple wisp wraiths in the Fade. 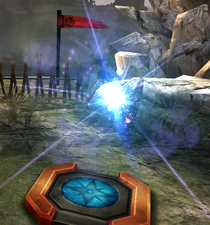 An Epic Blue Wisp in Heroes of Dragon Age 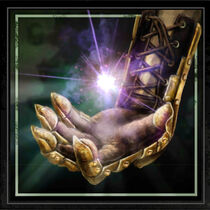