watch 03:41
Wiki Targeted (Games)
Do you like this video?
Play Sound
“The first time I came to the Winter Palace, I was only eighteen. I was dazzled. Such rich hangings. Such splendid marble columns. More golden lions than I could count. It's all still here. Still bright. But I no longer see that same place. […] Now all I can see are the knives in the shadows, the poison in jeweled goblets.”―Leliana[1]

The Winter Palace is a palace in Orlais built on the ruins of ancient elven grounds in the city of Halamshiral. As early as 2:30 Glory, only ten years after the Exalted Marches led to the conquest of the Dales, the site where the Winter Palace would be built had become a seasonal retreat for the Imperial Court. This remains a tradition for Orlais' high nobility even today.

After the glorious reclamation of the Dales, the elven capital lay empty and in ruins for years, a haven for bandits and highwaymen and all manner of miscreants. The land lay unused until the Exalted Age, when Alphonse Valmont, the very Lion himself, declared that a palace should be built there in honor of the valiant actions of his brothers in besting the armies of false Emperor Xavier Drakon. Originally called Chateau Lion, it was designed as a grand retreat for the emperor's brothers and their families.

The city of Halamshiral grew around the palace. The first records of its existence appear in the Storm Age, when Emperor Cyril granted the title of marquis to Ser Reginald Montclair for "administration of Halamshiral."

An elven uprising destroyed Chateau Lion in the Blessed Age. When Emperor Judicael I rebuilt it, he named the new retreat the Winter Palace. It was designed more for the emperor and his immediate family than for any cadet branches of House Valmont, and became the heart of the Imperial Court in the darkest months of winter.

— An excerpt from Architectual History of Orlais, Volume I by Elodie Ferrneau[2]

After Grand Duke Gaspard de Chalons openly moves against her in a bid for her throne, Empress Celene travels to the Winter Palace through the network of eluvians. She learns from the palace's seneschal that Comte Pierre has handed over Halamshiral to Grand Duke Gaspard de Chalons and is requesting that the palace guards also surrender. Celene summons Pierre to the Winter Palace to discuss terms. Upon discovering Celene is free, Comte Pierre immediately surrenders the city to her and re-affirms his loyalty to the Empress.

The Winter Palace is chosen by Grand Duchess Florianne de Chalons to hold the peace talks between Empress Celene, Grand Duke Gaspard de Chalons, and Briala. The Inquisitor attends the masquerade to find Corypheus' assassin hiding among the guests. The assassin turns out to be none other than Grand Duchess Florianne. The Inquisitor foils her plan to plunge Orlais into chaos by putting an end to the War of the Lions and determining its victor: Empress Celene or Emperor Gaspard.

In 9:44 Dragon, Ferelden, Orlais and the Chantry come together to call an Exalted Council to determine the fate of the Inquisition as an independent order. The Winter Palace is chosen as the site to hold the council. With the assistance of the Agents of Fen'Harel, the Inquisitor stops the Viddasala from destroying the Winter Palace as a prelude to Qunari invasion of the southern nations.

Orlesian Banner - found in a small chest in the Guest Garden, behind the Lower Garden Door.
Note: Requires 3 Halla Statues to access.

The following songs can be heard in the Winter Palace's Upper Garden:

Located in the Foundry next to the Modify Weapons table (Trespasser)

Confusion Grenade Recipe - in the Secret Study of the Grand Library.

Crescent Slicer - looted from the Harlequin in the Grand Apartments.

Masterwork Magister Staff Blade Schematic - in the Secret Study of the Grand Library.

The Clasping Maw - available at the Winter Palace Merchant for 184680

Codex entry: A Dispatch from the Crown of Ferelden

The Art of the Winter Palace (Bronto)

The Art of the Winter Palace (Deepstalker)

The Art of the Winter Palace (Guest Garden)

The Art of the Winter Palace (Lambert Valmont)

The Art of the Winter Palace (Maferath)

The Art of the Winter Palace (Triumph)

The Art of the Winter Palace (Unknown)

Diary of a Nosy Servant

The Valmont Emperors (Etienne I)

The Valmont Emperors (Judicael I) 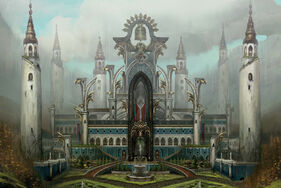 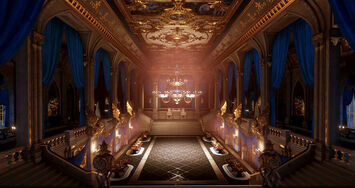 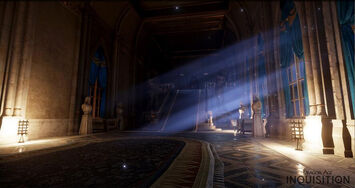 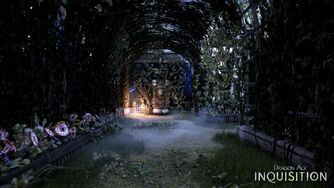 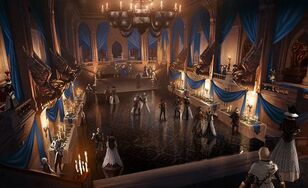 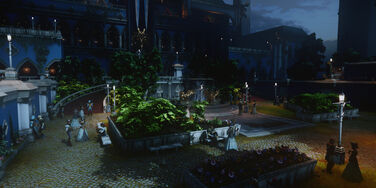 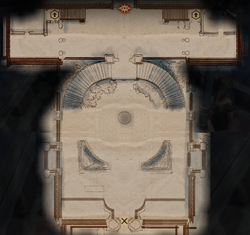 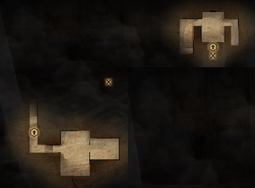 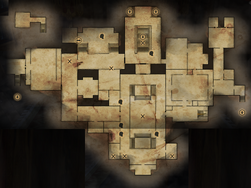 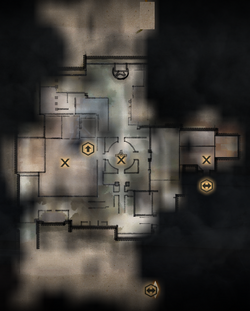 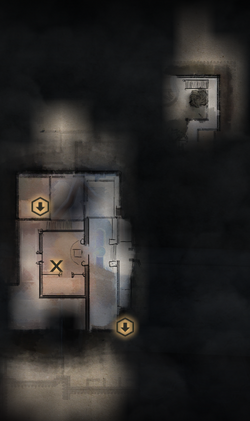 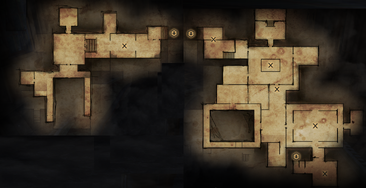 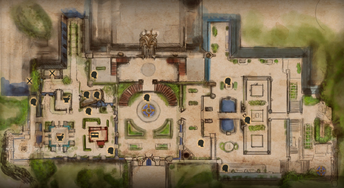 Retrieved from "https://dragonage.fandom.com/wiki/Winter_Palace?oldid=898134"
Community content is available under CC-BY-SA unless otherwise noted.