watch 02:39
The Loop (Games)
Do you like this video?
“I am the eyes and ears of the Qunari people. Do you think you can deceive me?”

Viddasala is a senior agent of the Qunari priesthood and a co-leader of the Ben-Hassrath.

The Viddasala is one of the three leaders of the Ben-Hassrath, who presides over the branch whose name translates as "Dangerous Purpose". She specializes in finding, studying, and stopping magic. The Viddasala also handles the conversion of foreigners and the re-education of Qunari dissidents. She sees the world as drowned by the chaotic dangers of magic and does whatever is necessary to staunch magic no matter the cost.

In 9:44 Dragon, the Viddasala is charged with overseeing the Dragon's Breath conspiracy, a plot to simultaneously kill most of the leadership of southern Thedas, rendering the south vulnerable to Qunari occupation and conversion. The Ben-Hassrath's capture of a High dragon; the Ataashi allowed them to produce Gaatlok, the Qunari explosive powder, on a previously unreachable scale. The Ben-Hassrath also managed to activate a portion of the Eluvian network; the magical method of instant transportation from ancient Elvhenan.

The discovery of a dead Qunari warrior from the Antaam in the Winter Palace, leads to the Inquisitor discovering the Eluvian network and eventually travels to the Deep Roads in the course of their investigation. There the Inquisitor encounters Jerran, a former templar and now a viddathari, who explains to them that Viddasala is the one behind the Qunari plot. If Jerran is spared, Viddasala's orders to capture Jerran and reeducate him can be found on a Ben-Hassrath corpse.

Later, at the Winter Palace, the Inquisitor learns that gaatlock barrels have been smuggled into it on Viddasala's orders. The Inquisitor leaves Leliana to ensure safe removal of the explosives and sets off to pursue Viddasala.

Viddasala and the Inquisitor finally meet in person at the Shattered Library. Viddasala explains that the Qunari view the inability to curb magic as the reason for the chaos in the South. When they saw the Breach, they resolved to step in and remove the leaders while converting the rest of the populace to the Qun. Before she departs, Viddasala mentions an agent of Fen'Harel who was disturbing their plans and warns the Inquistor they will pay for their alliance with the Elven god. Viddasala unleashes the remainder of the Karataam she brought with her to attempt to kill the Inquisitor and their companions. An Archivist spirit tells the Inquisitor that Viddasala went to the Darvaarad.

The Inquisitor launches a raid on the Darvaarad to unravel the Qunari conspiracy once and for all. Inside they discover the Ataashi and realize the High Dragon is the source of the increased Gaatlok supply. Viddasala encounters the Inquisitor again just inside the factory and orders her troops to attack them. She then tells Hissrad to attack the Inquisitor. Depending on the resolution of the Demands of the Qun, Hissrad will either turn on the Inquisitor or readily refuse to follow the order.

When the saarebas is defeated, the Inquisitor enters the eluvian only to find Qunari forces turned to stone. The Inquisitor discovers Viddasala in a confrontation with Solas, whom advises Viddasala to leave and trouble him no further. As she prepares to attack instead, Solas petrifies her with a single thought. 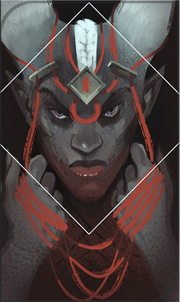 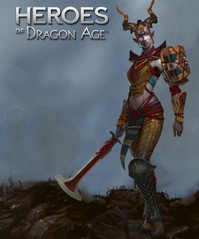 Retrieved from "https://dragonage.fandom.com/wiki/Viddasala?oldid=886459"
Community content is available under CC-BY-SA unless otherwise noted.