“Gossamer strands only stand between this world and home. Feel it?”―Sophia Dryden 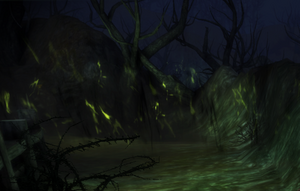 The Veil is a metaphysical barrier that exists between the physical Thedas and the Fade. Neither spirits nor mortal beings can easily pass physically through the Veil, but the consciousnesses of most mortal dreamers and all mages are a different matter (though the average dreamer is unlikely to ever be aware of such 'travels').

The Veil is not an object − it cannot be touched or seen. It is not a physical barrier, but rather something similar to a magical vibration that repels the Fade. It is a metaphor used by mortal scholars to explain the interactions between the two different realities.

There is no mention of a time when the Veil didn't exist in human history[2], which started from their arrival in Thedas in -3100 Ancient.

In spite of Chantry belief, it wasn't the Maker who made the Veil, but Fen'Harel, who "held back the sky" to banish the Evanuris. This act to prevent the Evanuris from destroying the world with their excesses, and retribution for the murder of Mythal. However, since Elvhenan was so heavily dependent on magic and the Veil severed the elven people from the Fade, the Veil's creation led to Elvhenan's demise and the loss of the elves' immortality.[4]

Skyhold's original name, Tarasyl'an te'las, means "the place where the sky was held back" in ancient elvish[5], thus the Veil was created there. Solas also confirms that Skyhold was his castle during the time of Elvhenan.[6]

It is theorized that the Veil tends to be weaker in places that feature, or have experienced, extensive death or use of magic.[7][8] The former occurs because spirits are attracted to death and they press against the Veil.[9] The Veil is particularly thin at night, when most people sleep and spirits are most active.[10] The use of blood magic can allow the Veil to be torn so that demons may physically pass through it into the waking world.[11]

Weakened Veil can be recognized by its characteristic green hue. The Dalish call places where the Veil is thin "setheneran" − a land of waking dreams.[12] Such areas are a habitat for giant spiders[13] and other exceptionally large beasts,[14] as well as the rare plant felandaris, also known as "demon weed".[15] When the Veil is stretched thin, demons or spirits can escape into the mortal world at weak spots of the Veil. Once they steal in, weaker demons urgently possess something that cannot fight back, such as corpses or trees; thus resulting in beings such as animated corpses and sylvans.[16][17] In other scenarios, spirits engrossed by a particular event may endeavor to preserve the "feeling" of the area by preserving some or all of the area itself. This close presence of spirits scare away the vermin and plants that would erode such an area.[18]

Areas where the Veil rips open are usually referred to as "tears" in the Veil, in keeping with the fabric metaphor. In fact, when the Veil itself tears it makes a sound like ripping cloth.[19]

Known instances of the Veil being torn[]

"Mending" these Tears, i.e. strengthening the Veil, is extremely difficult. Depending on the level of damage done to the Veil, it can be closed through several methods. For example, in Soldier's Peak, either Sophia Dryden or Avernus can accomplish such a mending, as Avernus is an expert on the Fade and Sophia is possessed by a powerful demon who crossed the Veil. The Warden-Commander can mend several Veil Tears by killing powerful spirits or demons keeping the Veil open. The Tear caused by one Saarebas was closed after the artifact used to open it was destroyed.

This section contains spoilers for:
Dragon Age: Inquisition.
The Inquisitor can use the Anchor to close Fade rifts, which grants renown to the Inquisition.

This section contains spoilers for:
Dragon Age: Inquisition.
In a vision of future where Corypheus has won, the Veil is shattered, and there is no more boundary between Thedas and the Fade,[20] allowing demons free entry. The Inquisitor ensures that this future never comes to pass. 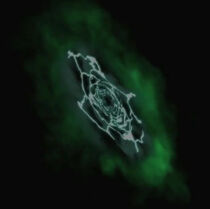 A tear created by the Mask of Fen'Harel, opening a portal into the Fade 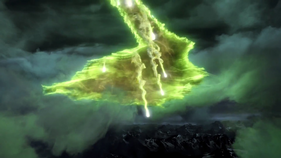 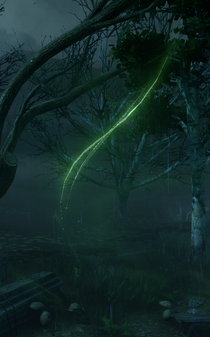 An inactive tear in the Veil