The Spoils of Desecration

Var Bellanaris is a sacred Elven burial site located on the Exalted Plains.

Var Bellanaris. "Our Eternity." Where hundreds of our ancestors are buried, where those of us who can, still lay our kin to rest. Although this land now belongs to Orlais, the Shemlen have never reclaimed it. Perhaps their guilty conscience stops them. Or perhaps those uncomplimentary tales of elven curses and vengeful spirits have some use after all.

The Spoils of Desecration
Note: To unlock Unadin Grotto the aforementioned quest will provide detailed instructions.

Invasion (piece #5) - found in the final chamber, head through the locked door and up the stairs. 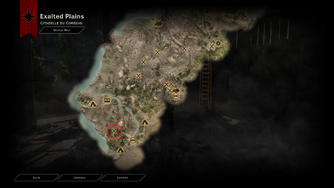 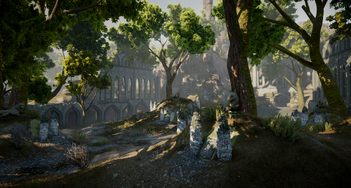 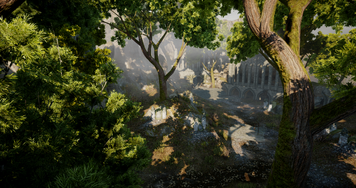 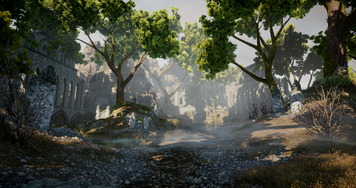 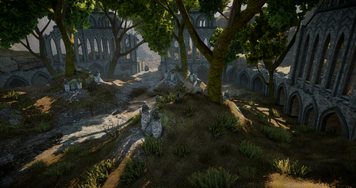 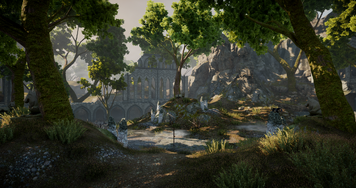 Retrieved from "https://dragonage.fandom.com/wiki/Var_Bellanaris?oldid=882601"
Community content is available under CC-BY-SA unless otherwise noted.