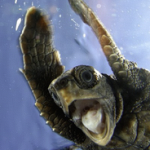 Thanks for the welcome, I have been making heavy use of the wiki for my second play through of DA and just thought I would contribute back when I came across a strategy not mentioned. I doubt I will have much else to add though as people seem to have pretty much everything covered - Awesome site! EvilC (talk) 19:38, October 26, 2010 (UTC)

"Can you check and see how we can move the right ad space so that it is right above the quotes?"

I know my reply is a day late, but the ad is now displaying at that location, so is it safe to assume that you figured out how to do what you wanted? The 300x250 advert automatically appears on the page wherever the <mainpage-rightcolumn-start> tag is placed on the main page's code. If the column tags are not used, the ad displays at the top of the content area and pushes everything down. So strategically placing the rightcolumn start tag is the only method for positioning the ad with regards to the page content. Hope that helps.

Hey I was wondering, as you might have seen I been doing work on quests page, if we can mage the questdisplay into two columns? I don't know how you done that little bit of coding so don't want to fiddle without consulting someone. --Tsavi (talk) 01:45, October 27, 2010 (UTC)

Just had to say a big thank you for all your work. The front page looks absolutely amazing. Thank you Tierrie!

It's true! Imaginary ice cream for all.

Well, we've got to keep the talent happy. So I'll get on that

That grey line under the menu

I suppose it isn't intended to be displayed. The menu is separated by some shadowed line that can be seen on other wikis (mostly the ones with a white background for their content space, i.e. Community Central).

Just wanted to stop by and say thanks for the welcome. This wiki has been more than helpful for me while I play DA. I look forward to future posts from you.

I wasn't aware that Selty has stepped down. That's unfortunate. The only reason I became an admin was because she and I were the only ones working on the wiki and I'm fine contibuting as a regular user. Maria Caliban (talk) 02:56, October 29, 2010 (UTC)

Yep, I am somewhat busy these days, anyway after DA2 hits the stores I am hoping to get involve more. So as you mentioned earlier, I will let you know when the time is right. -- Snfonseka (talk) 03:16, October 29, 2010 (UTC)

Greetings and salutations. I made a new companion page for Dragon Age 2 as the old one was getting a little long in the tooth. It also has a bit of information on new companion systems. Is there a way to arrange the portraits in a grid instead of a line? - Maria Caliban (talk) 04:35, October 29, 2010 (UTC)

Regarding the image of Sten

I have noticed that Stens' image has changed into an image where he is inside a cage. Since I was not available for some time in this Wiki, please tell me whether there is a specific reason for this. Because if not, I believe we can find a better image than this for Sten -- Snfonseka (talk) 05:30, October 29, 2010 (UTC)

Well I did just edit Isabela's page like, two days ago. LOL! >.< I am still making edits and corrections every so often to pages, and I would like to stay on the team. I will be more active when we get more finalised information on DA2. --Selty (talk) 10:38, October 30, 2010 (UTC)

Retrieved from "https://dragonage.fandom.com/wiki/User_talk:Tierrie?oldid=206206"
Community content is available under CC-BY-SA unless otherwise noted.