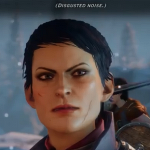 Hello Ssalgnikool and thank you for your contributions. We hope you'll stay with us and continue to help us improve the wiki.

Keep up the Great Work! Edit

Nice job on all the multiplayer armor articles! Can you also get an image of the avvar tarot card without the warrior icon per chance as well? -

Done! I'll try to make an article for the remaining light armors today. Also, are you sure most of the armors really drop from store chests? I must be the unluckiest person in the player base, since I got all the upgraded tier one versions from the store - but not one tier 2 armor, much less its upgraded versions, so I assumed they had to be crafted...?--ssalgnikool (talk) 10:50, August 11, 2015 (UTC)

Fairly sure. They do have a staggeringly low drop rate as far as I know. If you want to get confirmation though, feel free. It'd be good to have certainty. As far as I know, the variant armors can drop as can the unlockably starter ones. But they do fall very rarely so crafting is quicker. Also thanks for uploading the Amund tarot

I see. Just bad luck then. I'll tackle the medium armors sometime in the future (I don't have any of the Hunter's or Katari's T2 armors yet though so I can't add those). Probably not these days since I'll be playing the DLC and possibly adding its codex entries like I did with JOH, but it'll get done. If you ever decide to add the dialogue pages for them, this page may help in making it faster.--ssalgnikool (talk) 13:23, August 11, 2015 (UTC)

Apologies on taking so long to respond. I'm working on uploading the multiplayer armour set images bit by bit. There are really a tonne of them. I'm still planning to write up the multiplayer dialogue articles but if you'd like to do them yourself, feel free to go ahead.

How cool is this?!, we get to play a Saarebas! The article itself looks great, I was wondering could you take the profile image and the unmasked image again. They're both fine in terms of shot quality and image composition, really well put together actually. But in the unmasked one, the lighting is a little dark. As for the profile image, the background colours sort of blend into the character shot instead of creating a clear contrast. If you wouldn't mind, could you redo them on the Tevinter Ruins (Daytime)? E.G the Katari

Oh no problem. I usually pick the Frost dragon because of the more or less neutral lighting compared to the nightmare it can look like in some maps, but I see your point. I'm working on it right now. Do you prefer the masked or unmasked one for her profile?

I love Hissera, her fighting style is so appropriately chaotic. I was wondering how they'd make the furious magic of the saarebas work with skills, but when you play it you can really get that sense of going everywhere and just blowing up. Will take a while to get used to, though.--ssalgnikool (talk) 01:46, September 4, 2015 (UTC)

That sounds sweet, can't wait to try it. Regarding the images, your absolutely right about the neutral lighting more generally, but just in this particular case I think daytime Tevinter ruins would work better and has pretty comparable lighting for the profile shots and armour images. As for the infobox image, I would say use the masked veresion. Normally I would say definitely go with an unobstructed view of the face but with Saarebas the mask is such an important part of the culture I think we're better off putting an image of Hissera with the mask on in the infobox.

Looks perfect, nice clear contrast and the lighting on the unmasked shot is much clearer. Both look great to me. If you really wanted to you could do Hissera's armour shots in the Tevinter Ruins (day) as well but I'm not as fussed about that, so I'll leave it to your discretion.

Hey could you retake Hunter's Inquisition Operative Armor (Perseverance) image? The blue light on the bow in that shot on the left hand side really blurs the image. -

Sweet, thanks for that. I'll start uploading all the ones I have that haven't already been done and between the two of us, that should be a good portion finished.

We might have to redo a couple of them with the default weapons or weapons that don't have runes added to them because while its fine on most its really throwing off the lighting on some.

When you come across an armor pic that has to be improved, give me a heads up so I can change it. Also, have you seen that they've added a drakescale armor that shares its appearance with the Armor of the Dragon from the base game? You get the light one for earning 1 mil exp (not retroactive) with rogues, medium for rogues and heavy for warriors. I haven't been playing the MP much lately but since I'm closest to the goal with warriors I think I'll grind some warrior games to obtain it so we can get good pics.--ssalgnikool (talk) 17:19, September 6, 2015 (UTC)

Sure, I can put a list together for you if you like. If its a new armour set, we'll need to create a new article for it also. I'm too scattered in terms of focus right now to unlock any particular one right now myself, i'm just slowly making progress across the board.

Retrieved from "https://dragonage.fandom.com/wiki/User_talk:Ssalgnikool?oldid=748625"
Community content is available under CC-BY-SA unless otherwise noted.