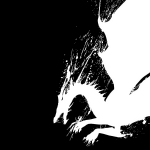 DA2 as a whole was what no one was looking for, but dlc "as a luxury" is changing the game. Bioware has been fed fanfeedback after fanfeedback and is displaying it's willingness to listen, into the mechanics and happenings of the dlc. But that does not mean that fanfeedback is perfect. The dlc also gives us a chance to experience the direction that they will be going with next in gameplay, without building an entire game around something that MAY work. The dlc practically works as a BETA, but the enjoyment of the majority of the players is still intact. Bioware is not perfect, you yourself made that perfectly clear, so now with the DLC they are getting the chance to look at different avenues. Finally, I bring up DLC as the fundamental part of my arguement because you expressed your opinion in a topic where DLC was the main point of the conversation.

I hated DA2, but the dlc is changing the game. Not the core points, because they would have to do engine changes, but the points that matter. I just ask that you don't trivilize this part of the process, because some of us see it as very important to the process of making DA3 better. Finally, (don't take this as rude because I respect how opininated you are over this) I would suggest you maybe change your description of yourself on your personal page when you have a chance. Again, I'm really not trying to sound rude, but I don't think you liked DA2 as much as you said you did. Or at least, you don't anymore. Awaiting your response.--TheGreyestWarden (talk) 17:24, August 28, 2011 (UTC)

I can see where you're coming from, and I should probably be embracing the ability devs now have to improve their games even after they're released. Developers 10 years ago or earlier would've loved the opportunity I'm sure. And I second that fan feedback isn't always perfect, or even helpful. In fact there's been more times than I care to count where I'm reading something and wondering what planet they call home. About DLC giving us the opportunity to "experience the direction that they will be going with next in gameplay, without building an entire game around something that MAY work," really I think this is where DA2 falls flat on it's face, as I think that's just what they did, give us a core game that tried to do things a bit differently, and overall the gamble didn't pay off. Sure there's aspects of it which were miles ahead of Origins, but the experience from start to finish wasn't. And you're right I think I know the one you're talking about, where I said something about how a DLC which addresses the aftermath of Act 3's finale would bring the whole game home. Really I meant it more in a narrative sense as the gameplay and feel of the game won't change no matter what comes out in the future. But I do think a well written and enjoyable final DLC which ties up most of the loose ends we have, that need to finish in the same game they began, would really give DA2 a nice final hurrah.

I think that's where we may have different opinions, about subsequent releases and patches bettering the game. It's all well and good for them to change the things they can that fans have expressed issues with, such as some combat related things that were a bit silly or out of place in a DA game. But it's the fact that they can't change some core elements where DA2 falters. Some of my biggest gripes with it aren't technical, or even gameplay related. The removal of 'origins' was one of the biggest mistakes they made. And that's a design choice. And I feel it just serves as evidence of the fact that the game as a whole was aimed at being completed in a much shorter time frame, so elements like that were completely cut or condensed. I'm using that as an example because I think it's one of the biggest contributing factors to the success of Origins, which allowed them to go on and have a sequel. As a fan I find it confusing and sort of annoying that they'd totally alter one of the series' crowning achievements. It doesn't matter how they tinker with the finer details when they've got issues like that.

I didn't hate DA2, in fact I really liked it when I went through it the first time. It was when I came on here and saw some of the discussions, got more of a feel for the general thoughts from fans online and started my 2nd and 3rd playthroughs that faults began to rise to the surface. And I didn't take what ya said as rude, it's a valid point, my opinion has to have changed by now. Funnily enough I think what I said is still true to what I think now. I do think 2 was more fluent in it's gameplay, that was one of the things it got right, I really enjoyed the faster pace. And this just harkens back to what I was saying above. I didn't take much of an issue with the combat and gameplay as a whole, so Bio tweaking those things doesn't really matter to me honestly. I didn't think exploding enemies and that they appear and all that were really that major as issues, as others have voiced, as I just felt it was a game mechanic that suited the faster pace, as really in any game it's a case of 'enemy appears, fighting ensues, enemy disappears,' and what they did was just a means to an end. But I can see why some people thought it was a bit iffy. And if it's been improved in how they've changed it etc then that's only a good thing. I'm just not too fussed by it. I think the only thing I now think differently about is that I perceived the game as 'streamlined' which resulted in some things being sacrificed. While this is true in some respects, it's more 'cutting corners' than being streamlined, and those sacrifices become much more apparent the longer you play. Honestly I had to push through my 3rd and so far final playthrough, there's just not enough variation in how you can traverse the game through it's story.

I know I probably came across a bit heated in the thread but I'm not trying to start arguments or anything. I enjoy being able to discuss where people stand in regards to this stuff. I'd say I'm more passionate than anything else =P Anything I'm criticising about DA2, or Bio comes from a love of the series rather than any hate. In the end, I've looked back on DA2 and just been disappointed. Which is probably why I'm not too fussed about anything Bio releases that's 2 related. I feel they should just try and salvage the situation as best they can, and move on to bigger and better things. It's not that DA2 was a bad game, it was a good game, but Origins was brilliant, and a lot of fans reacted accordingly. S13Kuro (talk) 01:02, August 29, 2011 (UTC)

I see now that your urge to just wrap up DA2 stems almost completely from the wish to play DA3 (something I can sympathize with) and much less in criticism of their dlc as a whole. I easily agree with you that the striking of origins from the game was a crime against nature and the person who brought up the idea should have been aptly stoned to death. My rapid defense for DA2 comes from my want to see Bioware accommadate for what they know they got wrong and the compelling story in Legacy makes me eager to see what else they can set up before DA3. Although, I will admit to you that their was a very selfish reason for my defending DA2 DLC's and them not getting to work completely and solely for DA3 just yet. I am a patient man, but their is no f***king way that I was going to wait 2 and a half f***king years to see my Morrigan again!!

In that same post about DLC being able to save 2, there was a little bit about how I think if somehow Morrigan appears right at the end, that's how this whole episode could become instantly epic. I think I just love me some crazy bitch! S13Kuro (talk) 01:27, August 29, 2011 (UTC)

Retrieved from "https://dragonage.fandom.com/wiki/User_talk:S13Kuro?oldid=351960"
Community content is available under CC-BY-SA unless otherwise noted.