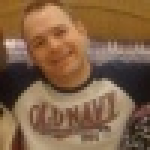 Hi Polexian. Thought I'd highlight Forum:Format of summary pages to you: your input would be greatly appreciated as you're the one who's done most thinking about this lately. I didn't want you to miss the topic in amongst all the others! ♦ Zoev talk 18:09, February 3, 2010 (UTC)

I updated your template with stats -> effects, so your template would work with the updates I made to all the runes. And I am going to update locations -> notes once I do the maintenance to the runes. Don't worry this doesn't effect you template at all, it will look the exact same, just different resources due to me updating the itemtransformer for the runes and I wanted to make sure it didn't break your rune page :)  Hollowness | Talk | Contr 22:00, February 6, 2010 (UTC)

I'm not sure I understand your question, there's no indentation problem that I can see. However, I do see that your header is indented whereas your content is not. This is unusual - most times the content is what's indented. Maybe you can give a more specific description of your problem? -- tierrie talk contr 09:13, February 7, 2010 (UTC)

That's because your elements are not the same height - when you use float: left in css, they will attempt to float them all - if they are the same height you get something like in Heraldry. Otherwise you end up with whatever the browser can collapse leftwards. Like what you have. -- tierrie talk contr 18:56, February 7, 2010 (UTC)

The easiest way would be to use the DynamicPageList feature. You can read a good explanation of how it works with categories here. Hope that helps. :) JoePlay (talk) 19:33, February 8, 2010 (UTC)

I am leaving you this message because I see that you've unilaterally made some changes to the downloadable content page that undid some of the changes that the page was created for in the first place. You've offloaded the price, and a summary of the DLC such that it no longer provides a one stop read to people who wants to see and decide whether or not the buy the DLCs. Plus, you've shrunk all the images on the DLC pages to some miniscule size. Please revert these changes. If you feel like your style will make significant improvements to the wiki, start a new forum topic on this subject. -- tierrie talk contr 17:31, February 9, 2010 (UTC)

Here's what I'm really irked about - if you look at the DLC talk page you will notice a discussion and a vote on how to select the style of the DLC page. This process took days. Making the changes unilaterally insults the decision making process of everyone involved. I see that you're getting very attached to a certain style of listing things. Since the style for this wiki is fairly set - and the lists are matured, you run a risk of undoing someone else's work. I strongly suggest you check before you make such widespread changes. -- tierrie talk contr 17:38, February 9, 2010 (UTC)

I know you were, that's why I wanted to talk to you about it first. I'm not saying that my style is better - I believe that there's room for improvements. I recently fell for Zoev's tables and User:Hollowness's MiniIcon. But, as the wiki matures, the styles that are striking will be further in between. When those styles come up there will be an immediate "a-hah, this looks amazing" moment. I like your list - it looks useful and has a lot of merits to it. But, I don't think its for every page. Where I think it shines is as a list replacement. It adds a visual quality to a list to make it look better. On the other hand, most articles should have small condensed list that use the miniicon template - it makes it easy to read. But some with a short list - like companions, each with their own picture, could benefit from your list style. So keep up the innovation! -- tierrie talk contr 17:55, February 9, 2010 (UTC)

I rolled back your edits on The Stone Prisoner, Warden's Keep and Return to Ostagar. I like that you are trying to improve it. But, when I viewed the comparison between the before/after, I see that you copied and pasted the summary from one page into another in Return to Ostagar. The preamble was run-on and repetitive. Furthermore, an icon isn't nearly high enough resolution to be used as image. Each DLC has a titular theme. In The Stone Prisoner it was character, Shale. In Warden's Keep, it was the location. In return to Ostagar, it is Ostagar. As such, we can use the subject of this eponymous DLCs as images.
There is roughly 3 DLCs, so I don't think there's a need for an InfoBox and a Transformer. However, if you feel like it would be better served using a DLCTransformer, go for it. But please, make sure that your pixel widths work before reimplementing them. Cheers! -- tierrie talk contr 19:47, February 9, 2010 (UTC)

Yeah I have two things I need worked on. The first is to synchronize the notes/location sections of the weapons, accessories and armor. When we first did the InfoBox for them, we placed "how to get this item" under notes. This should have been under location. Furthermore, because they are in notes, they are not visible in the page itself - but is only visible in the Row form. The goal of this is to go through those pages, move the acquisition into the location information, and then create a header titled Acquisition and copy "where to get this item" information there. If that already exists or if the item is like Ageless and is fairly complicated, then the location and/or notes need to summarize it the acquisition process and create a link to more information.

This project is a Big Deal™ since it unifies all the stuff that cropped up over the last few months.

The second job is to rewrite the armor and weapons page. The information is obsolete and the page could be presented in a better way. I envision that the page will be roughly 20% words and the rest can be tables and images. If you're interested in writing something up, this also needs attention. -- tierrie talk contr 19:28, February 9, 2010 (UTC)

I thought of a third job that might be interesting. We need an approval template like ColorPositiveStat. I see that there's more people adding approval changes to the wiki and they are mostly using Template:ColorPositiveStat and Template:ColorNegativeStat to represent that. I would like approval to be something like this {{Approval|Morrigan|+2}} to display +2 in color and maybe an icon? And if the approval was negative that color would be different. That way, we can do three things - one is to unify the way Approval is shown across the wiki (if we ever choose to use an icon, we need only change the template and all the Approvals will change). The second is that is to track where Approvals are used via the "What links here" tag. And finally we need to find a way to display approvals easily so that we don't have a list like this The_Golem_in_Honnleath#Result.
One suggestion is to template +2 Morrigan.
Another suggestion is that instead of the name - you can use an image of the party member like this

You will need to ask JoePlay to install the extension. A few notes regarding this project, template name should be approval, first unnamed parameter should be the character, the second is a positive or negative number. You should color the number depending if its positive, negative or neutral. Use a switch to map the character name to an icon which needs to be square - so you will need to find a picture and crop it. If you feel inclined you can also let it use named parameters in addition to unnamed parameters. -- tierrie talk contr 04:55, February 10, 2010 (UTC)

I love the idea! I was thinking that there are a lot of things that we could represent more visually; approval is ripe for an upgrade from ColorPositiveStat. It's worth keeping in mind that approval data is used in at least three different forms:

So, I'm wondering there might be use for two templates:

And, alas, a cool template/icon won't solve all the display issues. e.g. The Golem in Honnleath probably needs a re-write (I'll give that a stab after I post here).

@Tennessee Ernie Ford, the question I'd like to ask is this - does approval need to be put into a table form? At first it seems like it needs to - but when I see it in other contexts, I can see it working as well. For example, it would do just as well to put it in paragraph format like The_Golem_in_Honnleath#Result. In fact, I like it better because it gives frees you from the constrain of having read things in a tabular format. Plus, we also need to consider the recent updates to dialog pages.
I do agree with Tennessee_Ernie_Ford that two formats might very well be required. Even if it is - I would like to be a single template instead of two with an additional parameter "inline". It keeps everything within one template. -- tierrie talk contr 07:26, February 10, 2010 (UTC)

Data doesn't always belong in table form; in fact, often, tables should be avoided. In some situations, the mechanics or permutations are so complex that listing everything in bullets or leaving it in paragraph form makes it nearly impossible for most mortals to understand the nuanced differences. Worse, it can make some articles so long that they become hard to read. Tables work better in those cases, since they allow comprehensive and consistent coverage of complex topics. (As a naive example, the w:Periodic Table of the Elements contains data that occupies 1000 pages in paragraph form.)

I think the result sections of the Landsmeet and Honnleath articles should have both — I focused on putting things in table form because I could do that quickly. (It also highlights for Honnleath how many permutations haven't been fully tested.) I hope someone else can also add some of the flavor into paragraph form.

I agree with [[User:Tierrie], one template with and if check, number greater than 0 get's green, less than get red. It will be wrote with two variables. {{Acceptance|Alistair|-2}} or {{Acceptance|Alistair|3}} . This would print out the name and have the icon next to them, maybe even a mini icon face of Alistair from H.'s mini icons.Polexian ♦♦Talk♦♦ ♠♠Leave Message♠♠ 13:11, February 10, 2010 (UTC)

Retrieved from "https://dragonage.fandom.com/wiki/User_talk:Polexian?oldid=96409"
Community content is available under CC-BY-SA unless otherwise noted.