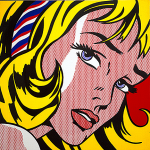 I've noticed that there are two more remark triggers at Gauntlet's puzzle, thus four in total: one upon entering the room, one upon solving the puzzle(both covered), but a companion may muse about the puzzle itself and also say something when a puzzle plate is triggered. Should those be included, mayhap? Or too unimportant? Dorquemada (talk) 11:05, October 4, 2010 (UTC)

Ah. The problem is, I am not a native English speaker and I'm not sure I'll get the definitions right. Oh well. Maybe someone more competent will notice if there's something wrong and correct. Dorquemada (talk) 21:04, October 9, 2010 (UTC)

I've got a spoiler tag on the RPG page. Who should I ask about a pretty template for that page? And what happened to Morrigan's pic on her quote?

Thanks for the hugs

The spoiler tags are made by Tierrie so he should be able to help you out with a new one. Hmm I thought the plan was to use Morrigan as the icon, but again Tierrie should know the answer (I hope).

Mea culpa. When I chose Morrigan's picture originally for the DAO spoiler back in 2009, Witch Hunt wasn't even announced. But with Witch Hunt out, Morrigan is associated with that DLC, so, to keep the icon iconic, it needed changing. I wanted users to know immediately which one was Origins and which one was Witch Hunt. I'm not stubborn about the picture and if there's a good suggestion I'm open to changing that one so long as it doesn't conflict with the previous point ;).
Also, I'm proud to say that I wrote the spoiler scripts, templates and style. If you like, I can help you set it up. Woot! -- tierrie talk contr 06:26, October 14, 2010 (UTC)

Well, since Morrigan isn't on the Witch Hunt tag, it doesn't seem like a conflict to leave her on her own quote. Otherwise, if you've going to have "ugly cranky dude", perhaps a new quote for DAO?
I'm always happy to learn new things, jump over to my talk page and spell things out like I'm a 4yo. I'm having to learn Textile to use Obsidian. Learning how to make the pretty spoiler tag should be fun. Thank you for your assistance. Ozena Lyn (talk) 11:38, October 14, 2010 (UTC)
I'm with Ozena on liking the original tag pic for Origins more than the new one. I also have to say that I'm not a fan of Bioware's new Morrigan image for Witch Hunt. It makes her look rather sour-faced. It would thus be my preference to keep the more appealing original Morrigan concept art pic on one of the two spoiler tags, either for Origins or for WH. -Vim- (talk) 17:32, October 14, 2010 (UTC)

Retrieved from "https://dragonage.fandom.com/wiki/User_talk:Loleil?oldid=200759"
Community content is available under CC-BY-SA unless otherwise noted.