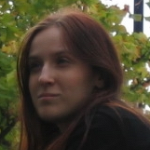 The Wrath of Heaven - some thoughts Edit

Edit: I'll leave that quest for now as it's such a crazy task to create a good walkthrough and I hope we will get some good contributions there from others :) Kewpies (talk) 04:32, December 9, 2014 (UTC)

Hey, Kewpies! You've got some great work here, and I'm excited to see your improvements on the article itself. If you ever want a separate area to work on stuff other than your talk page, you can always create a sandbox to play in. Just create a page and name it User:Kewpies/Sandbox. And thanks for all your help lately. --♫ Kelcat Talk 05:01, December 7, 2014 (UTC)

I think I'll take a look at these again, as I've noticed several of my own mistakes. Plus, that I'd like to create proper quest pages from start, which everyone then can edit. With a ready template in place, maybe its easier to also contribute more effectively. Kewpies (talk) 04:32, December 9, 2014 (UTC)

Update: My data-collector dwarf is still roaming around Haven and Hinterlands so I'll have to come back to companion quests a bit later. Kewpies (talk) 21:58, December 15, 2014 (UTC)

Collecting codexes and going through the quests in Haven right now. Would love to have the following things somewhere, but not sure where:

Ah that's an annoying one.. I wonder it has something about multiplayer? Haven't done any multiplayer sessions yet, but can definitely look it up once i'll get there! <- Kewpies (talk) 00:24, December 14, 2014 (UTC)

Update: played a couple of mp sessions now and i don't think the codex entry comes from there. besides multiplayer is a separate instance. so, hmm..we have missed something...
Kewpies (talk) 21:10, December 15, 2014 (UTC)

No problem! P.s. some of these entries might suit better on the quest/companion etc pages. I'll leave that to others decide though haha :) Kewpies (talk) 12:35, December 31, 2014 (UTC)

For the past week or so I've worked on

I think I'll leave that area for now, but I'm kind of wondering what to do with all those notes that are not codex entries (tempted to create pages for these as well) :) Kewpies (talk) 14:22, January 17, 2015 (UTC)

Sections which are rather complete

Absolutely, but I wonder if it isn't the same as http://dragonage.wikia.com/wiki/File:Spellburst_Staff_icon.png? I just uploaded a bit more zoomed in image of that also, so hopefully its looking better now :) <-Kewpies (talk) 13:32, February 6, 2015 (UTC)

Hey! I'd like to get a page up and going about the dialogue wheel for Inquisition, but I need help with getting the icons for it. I found the manual online here, but I was hoping it would be possible to extract the icons from the game itself. Any way you could help with that? --♫ Kelcat Talk 22:58, February 26, 2015 (UTC)

Absolutely! So according to what I see, there are 27 icons. I'm thinking of naming these "DW-description of emotion/perk". For example "DW-stoic" or "DW-endromance" and I'll use this pdf you linked as a reference for the names :) --

I put all the icons to this category: http://dragonage.wikia.com/wiki/Category:Dragon_Age:_Inquisition_dialogue_wheel_icons --

Haha, no problem :) It has been really fun to create these cos I've learned a thing or two while doing this, as well --

I'll look into this, of course! Been a little bit busy with other stuff (and farming multiplayer) And wow, dlc being released tomorrow! --

HD3 - done :) Kelcat - unfortunately I don't have the staff, unless we can get it from somewhere else than Calpernia? I'll probably get to fight her at some point though, but right now my character that chose the templars has not even started In Your Heart Shall Burn yet -,- --

Tremendous, thank you so much.

hope this helps you and many other fellow DA peoples

Retrieved from "https://dragonage.fandom.com/wiki/User_talk:Kewpies?oldid=704603"
Community content is available under CC-BY-SA unless otherwise noted.