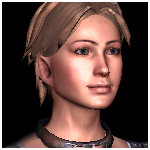 Hi, welcome to the Dragon Age Wiki! Thanks for joining! I hope that you will stick around and continue to help us improve the wiki. Please leave a message on my talk page if I can help with anything! -- Tierrie (Talk) 15:53, 2 March 2013

Just wanted to let you know that per the galleries section of the image guidelines, there should be no more than 12 images in a gallery. As you've added most of the images, feel free to pick which 12 you feel best represent Cullen

Args, I have deliberately checked the Dragon Age Wiki:Manual of Style part about galleries and there was no restriction mentioned. Well, I am still learning the rules of this wiki. Thanks for letting me chose the 12 images.

I will go and update the MoS now so that doesn't happen to anyone else, but nice work on the images. It can be so hard to pick the best ones

Hey Kendira, you have added many very similar pictures of Nathaniel which ultimately do not contribute something to the wiki as they depict Nathaniel Howe in the same pose. This is also mentioned to the image guidelines that Loleil linked you before. Subsequently, I have removed some of them along with a picture of low quality.

If Alistair was born in 9:10 it would fit. I made a typo when I wrote of three years after Rowan's death, it was only two years, and Rowan died in 9:08 as far as I know. Surely it is not confirmed that the child in The Calling is Alistair, but it wouldn't fit that Maric had an affair with a servant at Redcliffe at the same time as he had his affair with Fiona.--Kendira May 7, 2013

Retrieved from "https://dragonage.fandom.com/wiki/User_talk:Kendira?oldid=484362"
Community content is available under CC-BY-SA unless otherwise noted.