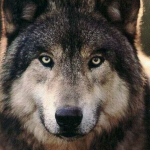 I never made any comments where I was "acting superior". I was simply replying in a discussion thread. You're free to interpret my comments however you wish, but threatening to report me "to the devs" is immature. It's also a hollow threat - there are no devs here. If you mean the mods, they are well aware of our discussions. Neither of us violated the guidelines - if we had, our posts would have been edited by them. Beyond that there's nothing the mods can (or should) do. They moderate the forums, they do not settle personal disputes.

If you mean the admins, good luck getting in touch with them. They've all been absent for a long time now.

Regardless, I ask that you please stop taking this so personally. My disagreement is with your comments, not you. I can separate a person from what they said. If you cannot, that is your problem, not mine.

I decided to put this on your talk page rather than continue on that thread, both because it's off topic and because there's no reason to involve anyone else.

I have no idea what you want me to apologize for. In the most recent thread, I've just been defending myself. If you're talking about comments I made nearly a year ago, I assumed that all of that was already addressed. From what I remember all I did was criticize your theory. I'm not going to apologize for that. I was not singling you out, whenever someone presents a theory or prediction or whatever that flies in the face of established lore, I criticize it. The fact that you spent awhile researching for it is irrelevant. The fact that you took criticism of your theory as criticism of you is your own fault.

The comment came completely out of left field. It wasn't directly related to what I had said. It was barely indirectly related. It's like you were waiting to pick a fight with me. I'm not interested in that. I don't want to have to respond to your passive aggressive taunts every single time we post in the same thread. Is it really so hard for you to just leave me out of it and address only what I say? Almost everyone else is able to do that. It's what you're supposed to do. But if you're constitutionally incapable than that, then perhaps it's best that you just avoid me. Not for me or for you, but for everyone else. I doubt they want to hear your snide comments any more than I do, and they definitely don't want hear me constantly asking you to stop making them. Silver Warden (talk) 20:53, May 14, 2019 (UTC)

Hello there. In one of your lastest posts, you wrote: "or drop some rashomon like stories similar to what Solas said about them in Tresspasser." Could you explain to me what you mean with that? I suppose it is a reference to a franchise I'm not familiar with. I got your examples about the Protoss/Khala even though I did not play Legacy of the Void yet. But rashomon does not ring a bell.--Buckeldemon (talk) 12:16, June 11, 2019 (UTC)

"Rasho-mon" is an incredibly popular Japanese film which follow several witness' and suspects' perspectives on a murder on a forest trail. It's all about finding which version is closest to the truth, and how the characters twist reality to their view because of malice, guilt, insanity, greed,etc.EzzyD (talk) 19:34, June 11, 2019 (UTC)

Retrieved from "https://dragonage.fandom.com/wiki/User_talk:Godzillavkk?oldid=816448"
Community content is available under CC-BY-SA unless otherwise noted.