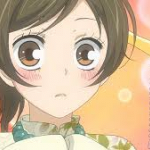 Hey Ez, how are things going? Was initially hesitant on leaving a message on an empty talk page :P. I haven't been on the chat in a long time, but whenever I do actually bother you're not there. Presuming you've left or I catch you at the wrong times? Regardless, this place seems to be dead at the moment. How's anime/manga going for you right now?

Hey Lazare, it has been a while. I have mostly just been absent from the site in general, rather than specific timing. School has been more of a focus as of late, but I do not have much left before I graduate. The hobbies are going pretty well, thanks. :P Once my schooling is over with, I actually intend to begin writing a book series of my own, and if it turns out well, try and seek publishing in some years. I hope everything has been going well for you, too. Cheers. EzzyD (talk) 21:59, May 1, 2016 (UTC)

That's great to hear! I understand, it has been a similar experience for myself with university and all. Good luck with your book serious mate. Is it the one regarding gods or did you come up with a new idea? Regardless of which, I am sure you'll nail it!

I just saw your message; oddly enough, I would usually get a notification, but I only received it now: A full two months later! It sounds like you've been pretty busy, but congratulations are in order. I'm glad you're taking the initiative though; if this idea for the novel is anything as good as the concepts you discussed with me, I have no doubt it'll be great: definitely drop a draft by me. But dude, we need to totally catch up! As for me, i'm still engaged in the intricacies of higher education to the little delight of my parents. This is my final year...or so I hope. All else said, all of this--the wikia that is-- seems to be so hollow. God...where is everyone.

Yeah, it's been hollow because there is very little 'to do' on the site anymore apart from the hardcore editors still chugging away. The Discussions section is much more lively, especially since it does not compete with the forums. As for my novel, there are actually some really big differences between what is written now versus what I had planned initially, especially in regards to the main character(s).The atmosphere and world are also much different. What I can say for certain is that it won't be trash like anything Gaider has written. Haha. I hope the education side is going well for you. I finished my short degree in history in 2016. We definitely should catch up soon. I bet nobody would mind if we used the absent chat-room anytime soon. EzzyD (talk) 05:10, March 14, 2018 (UTC)

Absolutely. I'll be lurking here on a regular basis, so if I see you in the chat i'll hop in. I'll make sure to enter it too!

Hey, I brought my reply here so as to not further remove the thread from the topic (there’s really no way of avoiding it in Discussions). I understand your frustrations as things seem repetitive, but without search or a way to really pin threads without announcing them to everyone on the Wiki, old posts are frequently buried & largely lost to people. There’s little alternative other than to just repeat old threads again, so due to the way Discussions works we try to go with the flow as it were, as much as possible. My recommendation if you find such repeat threads to be distasteful is to simply not post in them & ignore them if you can.
UrsuulTalkAdminDate9:49 AM Friday, July 20, 2018 (UTC)

RE: Pros and Cons Remark Edit

Oh, I was talking about Fiona. I already find her extremely irritating as a character and that's not even taking into the account all the retcons and lore inconsistencies that were made to bring her into the franchise. I just think she's completely out of place and if CotJ gives me the chance to remove her from my worldstate, I'll gladly take it.

Gaider's initial writing of her is painful. She's literally a walking fetish for white knights. Not up mention she's basically a race traitor (which has WAY more meaning for elves than in our world).

Hey. Just Edocrack to be honest. There was a huge falling out among lots of the other dinosaurs. Most of them hang out in a Discord server now, but i have no idea how to find it. Even the admins are all gone now. EzzyD (talk) 00:19, June 19, 2019 (UTC)

A series of bad disagreements over peoples' behaviour. Funny you should mention those two, considering they were at the very center of why I'd left this place for years. Haven't seen or spoke to them in about as long, just as well. I think most folks from our time here have all but abandoned this place. No new games, no new... anything; just bad memories for a lot of us. EzzyD (talk) 10:06, June 19, 2019 (UTC)

And I missed everything again. Just as during the time when I became mod in my real life back then. All my friends back then had an agreement about things I was never told. Thing is, I don't even know how to reach the others. Don't think that they are going to check their talk page here. Hell I didn't even see that you replied until I got the email. The only notification I have is an upvote to my text in the discussions. Edit: Oh come the fuck on! XD You joined the chat when I went grocery shopping!Teyx (talk) 10:56, June 19, 2019 (UTC)

Hello Ezzy! How are you doing?

I know, it's been quite a while but I saw you posting on Talk:Patrick Weekes#Pronouns and I was surprised to see you are still around. I am quite active on the wiki's Discord if you want us to catch up a bit!

Retrieved from "https://dragonage.fandom.com/wiki/User_talk:EzzyD?oldid=858530"
Community content is available under CC-BY-SA unless otherwise noted.