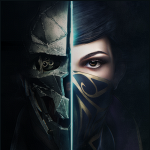 No problem. However, I can't access the document yet. I've requested access but I guess it needs to be manually approved. I'll review it as soon as I can take a look. --Evamitchelle (talk) 08:17, December 12, 2017 (UTC)

Hi Eva! There are a whole lot of new scripts for you to review.

Champions of the Just: https://docs.google.com/document/d/1LaEhdn2pmbRuqhTm5Do-GGeWZTNP7uDGmrqzXu6pRrc/edit?usp=sharing

What Pride Had Wrought: https://docs.google.com/a/wikia-inc.com/document/d/1-AKeHKidBW3tyfViqXG4N2W4UxIoehxRB_XlKNxdNOw/edit?usp=sharing

Hello there! I have started an Admin nomination and as you can imagine we need as many opinions/votes as possible. Thank you.

Retrieved from "https://dragonage.fandom.com/wiki/User_talk:Evamitchelle?oldid=813788"
Community content is available under CC-BY-SA unless otherwise noted.