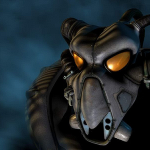 Hi, welcome to the Dragon Age Wiki! Thanks for joining! I hope that you will stick around and continue to help us improve the wiki. Please leave a message on my talk page if I can help with anything! -- Snfonseka (Talk) 12:46, April 1, 2011

the qunari words page you are trying to start. Edit

Can you put that on hold.... there is a massive list of terms in the qunari page itself. You really are doing alot of work for little reason. A simpler solution would be to A)leave it as it is considering that the content you wish to make already exists, and B) simply propose to an admin to break up the current qunari page. Balitant (talk) 03:31, April 12, 2011 (UTC)

I think that is an extremely silly decision. At that point you might as well not bother making the earlier pages categories at all, a static page would work better.

If you really don't like it, there's nothing that stops you from saying so on the forums. In my opinion, it's simple and easy to follow; less is better. It somehow follows the current categorization structure used on Wikipedia. It does not clutter the parent category, which is also the point of using this system. Categories are not meant to be tags.
On using defaultsort, the wiki markup goes above the categories (since they're related, it makes more sense to have them just above the categories). You don't have to edit the pages again, they'll be updated in a few minutes.
I've noticed you've moved pages from "helmets" to "helms", but the wiki does not always use the same game terminology as in-game. It was decided that "helmets" (which was used in DAO) would be kept to keep the wiki consistent, per DA:NAME. --D. (talk · contr) 16:35, April 20, 2011 (UTC)

I have found a few pages with links for "chestpiece" on the wiki, checked history and it seems as if you were the one that put the "chestpiece" into the article. The thing is that there is no page that links to "chestpiece" as the page does not exist. It is instead Heavy armor and Medium armor. Perhaps the name may need to be changed to "Heavy armor (chest piece)", but that is another topic altogether. The fact is that now, considering how many edits you have made over the past couple of weeks, pages that do not link properly. I'm not holding anything against you, but it is something I feel needed to be brought to your attention. Balitant (talk) 06:57, April 25, 2011 (UTC)

I will just clarify which article I meant, Dragonhide Mantle of the Predator. Furthermore I will also say that I know you are not the only one that has done this.Balitant (talk) 07:22, April 25, 2011 (UTC)

Retrieved from "https://dragonage.fandom.com/wiki/User_talk:Caraamon?oldid=307253"
Community content is available under CC-BY-SA unless otherwise noted.