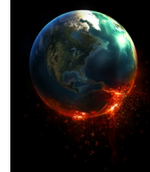 Hi, welcome to the Dragon Age Wiki! Thanks for joining! I hope that you will stick around and continue to help us improve the wiki. Please leave a message on my talk page if I can help with anything! -- Loleil (Talk) 09:15, 15 September 2010

The changes that will be necessary for that page (and others) is already being discussed in Forum:New changes to the pages due to upcoming DA2.  ✪Aedan Cousland | Talk | Contr 01:46, January 23, 2011 (UTC)

No problem. I tend to pay close attention the recently changed pages to helpwith this kind of stuff. --Davilimap (talk) 02:30, February 26, 2011 (UTC)

Re: to what you sent me Edit

I gave him the link to that video...I didnt mean for him to throw all the spoilers around beyond the confirmation of Ander's bisexuality..even maybe update talents/spell trees where he saw fit. Sorry to cause any trouble Arctistor23 (talk) 05:47, March 6, 2011 (UTC)

Spoilers should remain within the spoiler tags. So if it reveals a major plot point, it is crucial (especially in the next few days) that those edits remain within the tags. I'll look into the Flemeth article. -- tierrie talk contr 07:23, March 6, 2011 (UTC)

So I took a look at the changes, and man I really ruined it for me. In any case, the best thing to do is to turn off Dragon Age 2 spoilers for the next few days - we do want information on the game and don't want to stop people from contributing to the wiki. But we need to clearly split what is a spoiler and what is not from the articles. -- tierrie talk contr 07:27, March 6, 2011 (UTC)

The thing is that I talked about this with D-day. His/her position was that since ironreaper was citing a bootlegged version of the game the info should be removed. Balitant (talk) 07:28, March 6, 2011 (UTC)

Here's a suggestion Balitant. Instead of telling people about how bad i have acted why didnt you simply send me a message telling me what i did was wrong and have let me undo it myself. It seems you have a personal interest in making me look as bad as possible. Is your issue with me personal, because i see no reason you couldnt have spoken to me first?--Ironreaper (talk) 08:05, March 6, 2011 (UTC)

I didn't tell people how bad you acted... Arctistor23 actually messaged me first when I made the edit, and then I asked the two admins to see if I was overeating. D-day agreed with me and Tierrie gave a somewhat more ambiguous response and that is that. My questions and edits don't signal you out as a "bad person"; you simply made changes to the Flemeth article that I took exception to (I found out it was you who made the citation after I took a gander through the editing history). Too be honest, my overall intent when I contacted the admins was to get some sort of stance behind all the spoilers that have been coming into the wiki over the past few days from people who have either pirated the game or been code-cracking. Balitant (talk) 08:26, March 6, 2011 (UTC)

I didnt know it was getting so serious. The most new stuff i had seen so far was pics taken from pirated copies, not actual information.--Ironreaper (talk) 08:28, March 6, 2011 (UTC)

IM SO SORRY!!!! I didnt mean for everyone to have this part of the game spoiled for them if they read those spoilers that got posted by Ironreaper Arctistor23 (talk) 14:33, March 6, 2011 (UTC)

Thanks for notifying this. Your observation is correct and we need a system that reflect DA2 friendly-rivalry system. Unfortunately I don't think we have a template for that, at least for now. -- Snfonseka (Talk) 02:21, March 13, 2011 (UTC)

Good points, I agree with you. Also, off topic, but I confess the may be real name of the Qunari race, in the phrase of the game guide is ambiguous:

"While Par Vollen remains comfortably in the grip of the Qunari, Seheron is an island in dispute. It was part of the Tevinter Imperium until it was claimed by the Qunari sixty years ago, though the battle for domination continues. Adding to the turmoil is the significant presence of the Tal-Vashoth, bands of the horned race (known as the kossith) who have rejected the Qun."

Hey, is just a comment and a humorous phrase, I never said anything against the Qunari informations, developers or their choice. Which edition are you talking about? Itachou [~talk~] 04:53, March 18, 2011 (UTC)

I never edit anything in text of the Qunari page, only put image (can see my editions if you don't believe me).

I also know the game, I know Qunari is like a "religion", anyone can be a Qunari, I meant the fact that Qunari (referencing as a race here) are named "Kossith" on the page and that just come to a game guide, in addition while the sentence is ambiguous and not necessarily very precise on this point, bothers me a bit.

For the companions page of Dragon Age II, yes I think I had to be careful, for the Qunari page you have nothing to reproach you and me either, the format used was the same as the Elves page, just someone who wanted to change everything and by chance I think I will lose the debate. Here, I shall not succeed, the Wiki has unfortunately no clear policy and each has their own idea on the formats to put in place, while on The Vault and Deus Ex Wiki where I'm admin is different, policies are in place and everybody applied.

All information you say, like Dumar's Death - for Free Marches and Kirkwall page, have made by Salubri, not me. Please look carefully in the history next time. I just handed the informations he put on the Free Marches page to the Kirkwall page, without really understanding because I'm not even encounter Dumar in my game of Dragon Age II.

Yeah , i think you re right, i don't know for sure if it is the maker or andraste's picture so if you consider it's innappropriate i don't mind if you remove it .

I took pictures of almost everything from the beginning of the game and now that you requested one I just searched my screenshots folder and uploaded it :) .If you need more pics just ask and i ll try to upload them. --Vercinghetorix (talk) 00:11, March 26, 2011 (UTC)

They were on the Dragon Age facebook page: http://www.facebook.com/#!/dragonage

Yes I saw and you did well ;). Finally I don't say this to you, but it happens to a lot of people to replace the old image of Dragon Age: Origins without putting them in the gallery, which is a pity. For the Varterall page, yes it's true that they were extremely similar, I just replace the 1st one by this of the infobox because it was of better quality as you've seen.

I saw you left a message regarding the <br> code on an user's talk page a few days ago, but it really is not needed. Since the words are used with the bullet list wikimarkup (*), they're always going to be in separated lines. If you wanted to use them just in case you wanted to add another line below the first bulleted line, the <br> is not necessary. For example:

It really is only needed when it isn't in a bullet list and you want them in two different lines, which is the case for most displaying stats on equipment.

However, if you ever found the need to type a text with a lot of break lines, such as a poem, you can use this:

I remember editing the language section on the Qunari page and running into a couple problems in terms of the line I added would simply connect to the one above. Though when I was adding the
to the new page I did notice that I did not seem to have that problem. I decided to go ahead and add them anwyay as I thought that it could be used as a fail safe if someone had changed the * (as it was still being discussed how we would format the page). It is fairly obvious that we don't need them now as the format seems to have been silently decided. Really though, my comment to the user was to show that I was a little ticked off at the edits that he made, which involved putting a lot of guessing in in terms to what the names of certain equipment meant in the Qunari language and undoing the
that I added to the lines. However, since they are not needed (now or then) I will remove them myself right now. Balitant (talk) 02:27, April 15, 2011 (UTC)

Hello! I got your message just now... guess I don't check my mail often enough. >.<; Anyway, I'm happy to give it a shot; I noticed that a lot of the phrases haven't been parsed yet, and I can try working on some of that.  :) The more we have in the way of phrasing and sentences, the easier it will go. Are there any Qunari poetry or songs (or parts of the Qun) that haven't been posted yet? Bellaknoti (talk) 16:06, April 18, 2011 (UTC)

Yeap! That sounds exactly like what happened. The user came on chat and said he made a mistake and didn't know how to make a post in the forum, so I moved it for him. Thanks for being on top of things. I think I was just a hair quicker there ;) -- tierrie talk contr 01:32, September 27, 2011 (UTC)

You mean this one? Why? Would it help if I uploaded a larger version?)
You can see the same scene here and here, if you like the background there more, you are free to replace the picture. But I think it is a good idea to have that line he says on top, i.e. do not cut it. Asherinka (talk) 08:01, March 28, 2012 (UTC)

You're right, profiles belong to the users and should only be edited by the users. Thanks for letting me know. -- tierrie talk contr 07:03, September 8, 2012 (UTC)

I know what you mean. We'll keep an eye out to see if this becomes a recurring issue, and if it does, then I can put in something more permanent. -- tierrie talk contr 08:47, September 8, 2012 (UTC)

Retrieved from "https://dragonage.fandom.com/wiki/User_talk:Balitant?oldid=439978"
Community content is available under CC-BY-SA unless otherwise noted.