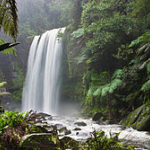 Hi, welcome to the Dragon Age Wiki! Thanks for joining! I hope that you will stick around and continue to help us improve the wiki. Please leave a message on my talk page if I can help with anything! -- King Cousland (Talk) 05:17, December 31, 2011

Although I did say I think they should be merged, please do not actually do them without tagging them (like deletion and other merge)—unless it's part of a big project that has been discussed on the forums. While I get it appears to be a lot of red tape, it also ensures that actions like that are approved by other editors (and avoid conflicts)—regardless if anyone expressively agrees with it on the talk page. I'll revert your last edit on Bereskarn‎. Thanks! --D. (talk · contr) 04:11, April 6, 2012 (UTC)

It's true that there is no quest related to this creature. However, the article itself was very short before the deletion (which is why I suggested it in the first place), with all the information being: "here is its codex entry. It is encountered here if you do X and it is no different from the common shade." As such, it would probably be better to put the article info on the Shade page, in the same way the Mage's Treasure Shades are listed. 4Ferelden (talk) 13:11, April 14, 2012 (UTC)

Ups, I was actually inattentive and didn't notice that the content was moved here: The Dead Caste. Never mind then) Asherinka (talk) 13:16, April 14, 2012 (UTC)

Regarding abilities merged with quests and locations, I'm bringing the discussion on the forums: Forum:Enemies on quest and location articles‎. The discussion on the bandit talk page is not so much about deleting the page at the moment, and if there's going to be some changes like that, I would prefer to discuss it in the forums. Feel free to add your comments on the thread to expand on your proposal. ···

I'm not sure if you've noticed this by now, but you should be aware that moving forum pages "revives" them and bumps them (thus appearing at the top of each forum section and on the frontpage). Not a huge deal, but just to let you know that it may annoy some users (as it's been done in bulk). ···

Yes, I noticed this and I would like to ask if there is any way to "re-archive" the old forums after moving them. More important issue, however, is the fact that the old, faulty name still remains as a useless redirect to the proper forum. Is there any way to rename a page without keeping old name as a redirect? Thanks in advance. 4Ferelden (talk) 07:50, June 21, 2012 (UTC)

There is no way to "re-archive" them, as this is done through Javascript (that is, editing being disabled). It will always bump the forum page since that's the way the DPL forums work. You cannot delete the old name either; only admins can. ···

If you want to make a single Light Factory article and merge the others into that one article, then that's fine by me. You're going to have to be the one to do it since again, the editor doesn't seem to want to load for me over there. If you'd like the whole "Past tense policy" to change that is also fine with me. Marauder 09

OK, thanks for your help. I'm planning to be quite active over there in the next few months, to counter the general decay it appears to have fallen into. 4Ferelden (talk) 09:57, July 30, 2012 (UTC)

in case this escaped your attention Edit

I have restored, expanded and completed some of the pages that you have marked for deletion and were deleted a few months ago. Sometimes, it is better to work on expanding an article or at least putting a stub template on it, than blindly tagging it for deletion.

Response to Your Offer Edit

Hello, and thank you for your kind offer of beta-readering. At the moment, I'm actually writing a couple of DA-related things, and, yes, one of them is a fanfic (left over from my failed attempt for BioWare's 2011 fanfic contest). I haven't a clue when or even if I will complete it. Assuming I do, though, I will keep you in mind for a pair of pre-release eyes. HELO (talk) 17:55, March 28, 2013 (UTC)

Retrieved from "https://dragonage.fandom.com/wiki/User_talk:4Ferelden?oldid=478110"
Community content is available under CC-BY-SA unless otherwise noted.