In many ways, I think the best way to describe Dragon Age II is by saying it's one step forward, and two steps back. It improved upon some of the duller elements in series and made it more accessible to players. At the same time, it's story is a haphazard mess, and the the overall experience is largely recycled. As a standalone game, it's very apathy-inducing. Whilst supporters of the game might say it's good as a standalone title, I'd argue that you'd have to be a hardcore Dragon Age fan to convince yourself to enjoy it. 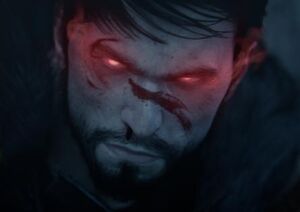 That said, as a sequel, it fails. It failed to improve upon the franchise's formula, and was a noteworthy step down from its original. Still, it did do plenty of things right; it's a shame then, that these shining moments of brilliance are buried under a mountain of mediocrity. Like any poorly executed game, these moments serve as bitter reminders of what could have been. Dragon Age II did do some things right, to be sure, and in some ways, it did better than the original. Hopefully BioWare can keep these things in mind when moving forward, and remove everything else.

Tale Within a Tale 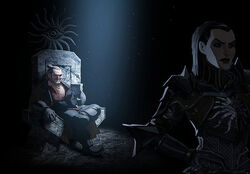 One thing I think this game did really well was its framed narrative (much better than that other game anyway). Varric's embellishment lead to some of the most hilarious moments in the series thus far; his rampage in the Haunted quest had me in tears. It was also a great way for us to jump straight into combat with a badass Hawke and slay some Darkspawn without having to go through the character creator first. Another thing I liked in particular was Bethany's endowment. It was a subtle little detail, but subtle little details show a dedication to one's craft, I think. 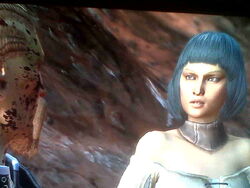 I think it's worth noting that the character creator was really accessible, yet deep. In many ways, I think it was an improvement upon the original, at least in the aesthetics department. Whereas in other games I would spend hours in the character creation screen trying to get my characters to look anything like a horrific monster (Fallout: New Vegas, Mass Effect), in Dragon Age II it was easy. There were plenty of cool beards and hairstyles to choose from, and I always had a good idea of what I was doing.

The thing I really like about the character creator is how it translated to the rest of the game. Like Fallout 3, your features translate to your relatives as well, further personalising your experience. This was a nice subtle touch, even if it can lead to results like this. 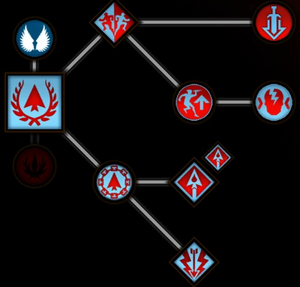 Another thing I felt BioWare did right with Dragon Age II was the levelling up process. It was a bit more streamlined, yes, but it was also more accessible and entertaining. All of the skills and spells in the game packed a punch, and were punctuated by satisfying animations. The selection of skills and repertoire of spells to choose from made levelling up a fun time, and goaded me to play through again, just to play a different way.

The only real gripe I had with the skills in Dragon Age II was that they didn't affect the story in any way. Whereas being a blood mage meant something in the original, in the sequel it is completely ignored. This is why you plan ahead, folks.

The combat got a huge facelift in Dragon Age II, and for the most part, it's an improvement. Like the aforementioned improvements to skills, the combat in this game is a lot more visceral and enjoyable. I felt more in control of the action, which is more than I can say for Dragon Age: Origins. Don't get me wrong, there are times I really liked the prequel's slow, methodical combat... but I shouldn't be able to make a sandwich whilst I slay a dragon.

That said, there were some problems. To compensate for the higher paced combat system, battles were elongated. This is understandable, but there are times when it gets ridiculous. I mean, I must have slaughtered an entire small army in the Gamlen's Greatest Treasure quest alone. Of course, they did their best to make sure the multitude of cannon fodder enemies spawned off-screen, but that doesn't always happen, unfortunately. In the next game, I hope BioWare can try to balance these things out, and whilst they're at it, throw in a little enemy variety. I'm tired of fighting clones.

Dragon Age II did a decent job of giving you a home base for you to store your loot and take a breather. It's not anything over the top, and certainly doesn't match the ethereal feel of the party camp in Origins, but it did make some improvements. For one, you could store your loot here, which is something that felt missing in the first game, though it was introduced in later add-ons. It was cool getting to see Hawke move out of their hovel and into their family mansion. It was one small way of conveying Hawke's gradual rise through the ranks of Kirkwall. It was sad we didn't get to see more of this. 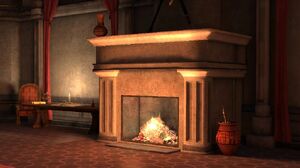 In the next game however, I would like to see some improvements made to the player's home base. The personal storage and shop is really useful, but I'd also like a place a bit more like the camp from the first game. It was really nice seeing all of your companions in one place. That said, I really did like being able to have your lover move in with you.

Sex in the City of Slaves

Romances in particular were, like the rest of Dragon Age II, one step forward and two steps back. First off, I did like the way different romances interacted with each other. From my own personal experience, I really loved how Anders mentioned my one night stand with Isabella, and how Isabella later offered to take me with her on her boat... and offer to bring Anders with me as well. It felt like the characters and I had real relationships, and that's what made me play through to the end of the game.

There are some issues with the romances, of course, and they aren't too different than the problems I had with marriage in The Elder Scrolls V: Skyrim. My problem? Everyone is bisexual. 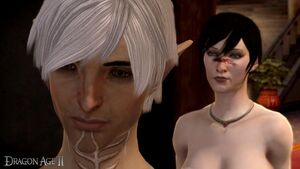 Before I get labelled as a bigot, I should probably preface this by saying the problem isn't that there are gay romance options. In fact, there should be, in order to capture a wider spectrum of romantic encounters, and appeal to players who might actually be homo/bisexual, and thus project themselves better on such a character. My beef is with the fact that everyone in Kirkwall is somehow bisexual. Not only is this lazy programming, but it's also completely unrealistic. In the real world, homosexuals account for roughly ten percent of the Earth's human population. In Thedas, homosexuality seems to somewhat of a taboo, or at least a rarity, which makes sense. What confuses me then, is why all of your party members are romancable by either gender. Here's what I think it should have been:

Again, I want to reiterate that I in no way have any problems with homo/bisexuality. I fully support LGBT groups, which is why I want them accurately portrayed in this medium.

Retrieved from "https://dragonage.fandom.com/wiki/User_blog:The_Milkman/One_Step_Forward,_Two_Steps_Back?oldid=464156"
Community content is available under CC-BY-SA unless otherwise noted.