Hawke wasn't a very well received character. They're a static busybody in an event-driven narrative. Even when BioWare constantly throws tragedy their way, it feels like nothing because they apparently just shrug it off. I don't expect my player character to become an emotional train wreck (coughAnderscough), but at the same time, those events should have a tangible impact on Hawke's character. This is what people in the biz refer to as "character development". I know this can be tricky to do in an RPG built around player choice, but not giving us any opportunities to allow our character to grow by simply saying "you are the character" is just a cop out. Here, I wanted to explore some of BioWare's missed opportunities with Hawke.

The Horrors of War 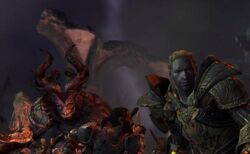 The slaughter of Ostagar. A horrific event in which hundreds were ravaged by Darkspawn. Good men and women died because of Loghain's treachery. Depending on your class, Hawke could have been one of the unlucky few who escaped, along with their brother Carver. Such a traumatising event would surely scar someone for life. So why hasn't this event haunted Hawke?

I think exploring Hawke's back story, specifically the Battle of Ostagar, would make for some truly endearing character development. This would allow the player to connect with Hawke by showing a more vulnerable, wounded side. Of course, players could still reserve the option to be strong and stoic, simply saying "I don't want to talk about it.", and avoid characterising Hawke in a way they don't want to.

A Proper Premise: Rise to Power

It kind of bugs me that Hawke didn't really have his "rise to power" Again, Hawke just happens to be in the right place at the absolute worst of times, and ends up dealing with the messes made by more important people. Where is Hawke's power? Where's their power and/or influence? All we ever got was a prestigious title and some money, but nothing to really back that up. I think have seen more Hawke's influence in the city, by giving allowing us to amass assets, wealth, and forces, not unlike the "War Assets" seen in Mass Effect 3. By showing us a gradual rise to power, BioWare could have done a better job developing the premise. Instead of rising to power and becoming a legend, Hawke gets rich quick, then happens to be in the thick of the fighting when the shit hits the fan. It's all kind of forced, and I don't really get the impression that we struggled to fight our way to the top. 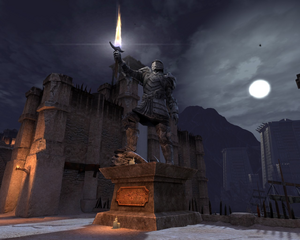 Remember when Gaider said that our actions would shape Kirkwall? Yeah, me neither. 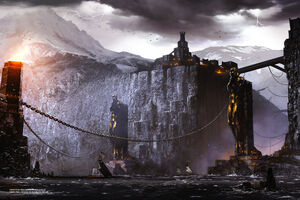 Kirkwall is, for the most part, doing its own thing, regardless of Hawke's input. Sadly, despite being in high standing and having an honourable reputation as the Champion of Kirkwall, not much you say or do does much to change the city's dynamic. I would have loved to see Hawke reshape the foundation of the city-state's political structure. Kirkwall is crumbling; it is collapsing under the weight of its corruption and chaos. Instead of being remembered as the guy who was sort of frenemies with the guy who actually incited the pointless mage rebellion, Hawke's legacy could have been that of an innovator, a great leader who took charge and made change.

I would have really liked to see Hawke get a change to shape the city of Kirkwall in whatever way the player thinks is best. What kind of government do you want to set up? An oligarchy ruled by your rich noble friends, or a democratic system that does its best to hear the needs of the people whilst being prone to corruption? What about a dictatorship ruled by yours truly? Or, you could draft a constitution for the future denizens of Kirkwall. 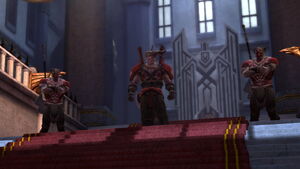 There are plenty of factions in Kirkwall, but no matter what, you end up with two near-identical "intermission" endings. Why not leave the fate of the city up to Hawke? What if we could have actually joined the Templars, or an underground mage rebellion, and worked to put them in power? Join the Templars, and you could set up a police state ruled by the Knight-Commander. And what of the mages? Well, maybe that freedom comes at a cost. You could join the mages and watch Kirkwall burn as it descends into anarchy. It doesn't have to be that cut and dry either, mind you. You could always take the Templar's side and seize power for yourself. If you free the mages, you could simply hand power over to Aveline and the guard, who were oddly absent during the hight of Kirkwall's conflicts. (Seriously, where were those guys?) Or, if you want to be really extreme, what if Hawke could side with the qunari? That'd be interesting, if nothing else. 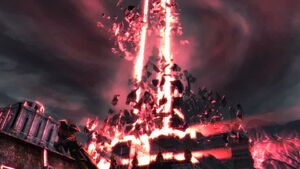 There are plenty of other combinations BioWare could have went with, and I think it would have been far more interesting to see Hawke have a deeper impact on the setting other than simply reacting to what more important people do. Why can't Hawke be remembered for something great or notorious? I mean really, what will future generations say about Hawke?

Retrieved from "https://dragonage.fandom.com/wiki/User_blog:The_Milkman/Missed_Opportunities_with_Hawke?oldid=460425"
Community content is available under CC-BY-SA unless otherwise noted.