With Dragon Age III in the works, and very little information available, we've got nothing to do but speculate and wish upon a star that BioWare won't screw this up. Whilst I'm not inclined to believe in miracles, it could happen. Then, if I suppose that would be possible than I could sprout wings and shoot rainbows out of my arse. 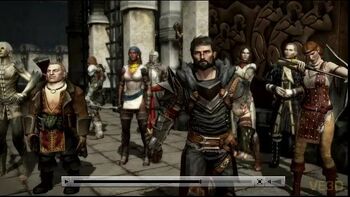 I jest. Beneath this hardened, chiselled exterior of a misanthrope lies a hopeful Dragon Age fanboy. One thing about Dragon Age II (amongst about a hundred others) that left me a little wanting was the party member line up. Don't get me wrong, I think they were a fun bunch, but it wasn't that same motley crew on a hero's journey that we got from Origins. For no discernible reason, I decided to write up a list of party members I would like to see in Dragon Age III.

My absolute favourite party member from Dragon Age II was Varric. Being one of the few characters who can't die (although BioWare seems to have a loose definition of this word), Varric is the ideal party member to return in Dragon Age III. Thus, he has a connection with the characters of past games that he could share with the new player. A returning character is always a pleasant sight, because it allows us to take comfort in some familiarity amongst a group of exiting strangers. Even if it is just Oghren. 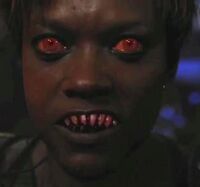 Say what you will, I really liked Dragon Age: Redemption. A great warrior specialised as a Reaver, Nyree would be an interesting and badass companion to reintroduce in Dragon Age III. Seeing her brought from another medium would certainly be interesting, and I think fans of Redemption can agree that she was a cool character. Despite being a mercenary, we did get the impression she had a heart. Despite having a heart, we saw that she was capable of fucking you up. Her fate is left ambiguous, leaving BioWare in the perfect position to add her to the roster.

Two other points in her favour:

Just the story of how she became a Reaver is riveting. She drank the blood of a dragon. Who else can say they've done that? There's no one else I would rather have by my side during the Age of the Dragon.

Thought I'd throw this in here. Like Nyree, Josmael is a character from Dragon Age: Redemption whose fate is left open. As an apostate mage, he would certainly have an interesting role in the tumultuous times ahead. Also, he's Dalish, which is always a win in my book. 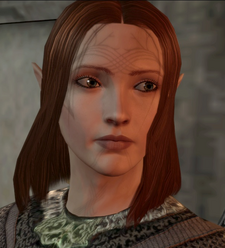 Either or both would be great, but these two were fun companions for our Warden's final adventure, Witch Hunt. Ariane and Finn made for great travelling companions in the last add-on for Origins, but we didn't see a enough of them. Finn was silly albeit smart and adventurous. He would be a welcome addition to a group full of blood thirsty battle hardened warriors. His silliness was offset by Ariane's determination, but both were fun to listen to, unlike the brooding Final Fantasy elf who shall remain unnamed (Fenris). Like the duo from Redemption, the fates of these characters is left open, and seeing them return would be more than a great fan service. Also, she's Dalish, which is always a win in my book.

Though he may be killed in Dragon Age: Awakening, so can Anders. The Messenger is an awakened Darkspawn who fought for the Architect. Whilst some people may not like the idea of a Darkspawn companion, would it be all that different than Legion from Mass Effect 2? With a Darkspawn follower, we could learn more about his race, and see things from a different point of view. If anything, it would at least add some more diversity in our party. On the other hand however, everyone would probably get sick. On the other hand, BioWare isn't entirely against retroactive continuity either. 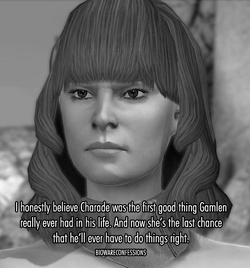 Credit goes to VanisKael for the idea. Thanks!

Seeing as how having Hawke as a companion would be impractical, Charade Amell could be a nice consolation price. She's already had a minor role in the previous sequel, she's a skilled fighter, and most importantly, I don't want to pay an additional seven bucks just to have an archer in my party.

Considering her relation to the Champion, she would have a connection to our character from the second game. That connection, those off-hand references are the moments I live for. In Dragon Age II, I brought Anders and Merrill everywhere I went. Why? Because they both knew my warden. I took them everywhere I went just for the off chance that they might mention him.

Of course, all the people on this list can make that claim. Charade however, is the only one that's related to them. She could relate the different variables of our previous playthrough. Of course, if you wanted a different party member that's related to Hawke, we could always get Carver....

And no one wants that.

Another interesting character that's shown up in both games: Bann Teagan Guerrin. A capable warrior and close ally of The Warden, having Teagen fight at our side again would be welcome addition to Dragon Age III. Not only that, but he's an uncle to Alistair, whom everyone loves. He's even shown a more humorous side at times, and that's something at which Dragon Age excels. Depending on your choices in Origins, he would have a neat appearance alongside Alistair in Dragon Age II. Regardless of your choices, he made a cameo in Mark of the Assassin. Teagen is one of those characters I'm always glad to see, but wish could get more attention. He's an interesting character with believable qualities; he also has a cool goatee. 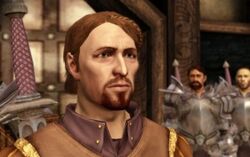 Female players were probably very let down over being able to flirt with him, but not actually romance him. Of course, he can get married, but that can be easily taken care of. Maybe when we first meet him, his wife (if there is one) gets killed by the forces of evil? With nothing left to lose, he could join us in our epic quest to save the land, eventually falling in love with our sultry heroine, eventually culminating into a passionate, lustful relationship that....

I'm sorry, I forgot what I was writing about. 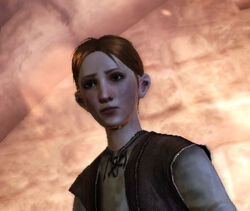 Here's a kid who would certainly have an interesting role to play in the events to come. Connor Guerrin, the son of Arl Eamon Guerrin of Redcliffe, was secretly found to be a mage at a young age. During the events of Origins, we get the chance to decide his fate. Sure, he could die, but then again so could Garrus and Tali and Mass Effect 2 (not to mention Anders and Leliana). I for one would love to see Connor all grown up, but still haunted by the memory of what happened to him. We saw first hand the death and destruction he caused. These memories could flesh him out as a deep, round, guilt-ridden companion. Perhaps he feels responsible for what happened to the citizens of Redcliffe?

Well, the only way to redeem himself is by slaughtering whomever tries to stop us from making peace in Dragon Age III, according to video game logic.

Again, having a companion that has had contact with the Warden would be a great way to let us feel the effects of our actions. More importantly, we could actually see, not hear about, the drastic differences in our choices. During my mage playthrough, I made a deal with the desire demon controlling Connor just so I could learn Blood Magic (Don't judge, I could have made out with it instead). This might sound masochistic, but I really do want that to come back and bite me. If nothing else, having a demonic Morinth-like companion would be pretty badass. Whilst a lot of these characters can connect us to our past characters, Connor in particular can show us the direct effects of our actions. Last we saw him, he was a little boy. Now a full-grown adult, he's sure to stand somewhere in the Mage-Templar war. Being a victim of possession, he may be one of those self-oppressing mages that Anders hates so much. 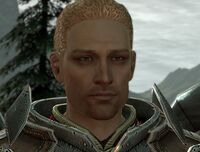 Knight-Captain Cullen has been through a lot. He's seen the danger Mages possess first hand, and he's been a Templar for two games now. I like that he finds his own way towards the end however, going as far to defend Hawke. Depending on how the Mage-Templar conflict goes, he may or may not be viable, however. His prejudices may preclude him, but he would be an interesting companion.

I for one loved Mark of the Assassin. I especially loved the qunari assassin, Tallis. In addition to just being a badass in general, she had a really cool ranged attack that made playing as her a blast. I liked her cocky but determined attitude, and was actually a little disappointed she couldn't be fully romanced. Well, Merrill did have some objections with me sleeping with another elf. If for no other reason, she should be a party member just so I can slept with Felicia Day. 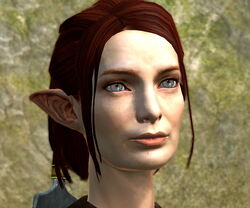 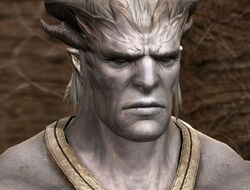 Believe it or not, this guy is actually on the top of my list of people I'd like to see return. Played by the epic-voiced Keith Szarabajka, Maraas is an interesting character with an interesting philosophy. Everybody liked the Arishok of course, because he was our window to learn about the Qunari. One reason I really liked Sten was that he gave me insight about a group of people that I could never get by simply bashing their heads in. A former Tal-Vashoth turned merc, Marass would be that perfect grey character amongst a group of one-track-minds.

Of course, Maraas prefers not working for a cause, but sod that. He needs to change his ways as a mercenary and join the next hero. Besides, we really need another Kossith party member. Preferably one with horns. That's voiced by Keith Szarabajka. Named Maraas.

Retrieved from "https://dragonage.fandom.com/wiki/User_blog:The_Milkman/Dragon_Age_III:_The_Line_Up?oldid=459752"
Community content is available under CC-BY-SA unless otherwise noted.