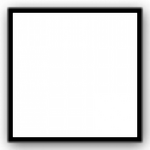 Hi, my name's Daniel, I live in a small place you most likely don't care about (you would forget about it if I told you) in Wales and if you don't know where Wales is, it's next to England and if you don't know where England is, I am not going to teach you where it is, look in a atlas...you probably won't look, I would be surprised if you actually looked at this page, let me know if you do...I'm joking.

Dragon Age: I like to make good guys on RPG games but the important choices in the DA:O aren't really good or evil, it depends on your opinion. Rogue is my favourite class because they can open locks and they are quick in combat.

Games: My favourite type of games are RPGs, mainly the medieval-time games like DA, but games like Mass Effect are great as well. I like games to be as realistic as it can (Depending on what game it is, E.G. I wouldn't expect D&D games to have a lot of realism for obvious reasons) but I find it's annoying that in something like Call of Duty, if I have been SHOT 5 times, I simply need to hide in a corner and it's as if nobody even touched me. As I said above, I tend to make good guys in RPGs, which is easier than trying to assassinate a guy to get evil points without being seen, which is near-impossible in RPGs like Oblivion.

Retrieved from "https://dragonage.fandom.com/wiki/User:Welshman15?oldid=573014"
Community content is available under CC-BY-SA unless otherwise noted.