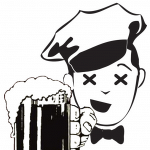 Call me Ken. I'm a huge fan of the Dragon Age series, even when it hurts.

For Aleron, the Dalish clan was all he knew. While he held fast to his traditional elven heritage, he was always very curious about the shem and their Maker. After being tainted by the Eluvian, he was saved by Duncan. In the end, he had to leave his clan behind to become a Grey Warden. That Warden would eventually return to the mirror in his hunt for his lover and their child, bringing his adventure full circle.

Aleron was last seen in the Dragonbone Wastes, entering an Eluvian with his his lover, Morrigan.

Draconis Hawke is a veteran from the Battle of Ostagar, alongside his late brother, Carver. Draconis was forced to flee Lothering during the Fifth Blight, and narrowly escaped death with a little help from a witch of the wilds. In return for a favour, she agreed to assist them in fleeing Ferelden. He and the rest of his family finally landed in Kirkwall, where he would eventually become champion. Armed with Fiona and Bard's Honor, Draconis is a swift and deadly rouge, not unlike the Dalish Warden. He maintained close ties with his old clan, and eventually fell in love with Merrill, an old friend of Aleron Mahariel.

Hawke and his friends eventually all parted ways, with the exception of Merrill. His dear friend Varric reports that Draconis is likely alive, but like Aleron, has disappeared with his lover.

Aiden alleges that he was born in Highever, but then, he has also alleged his name was Alfred. His father died long ago, and his mother's fate is unknown. At an early age, it was discovered that Aiden had an aptitude for the arcane arts, and was subsequently sent off to Circle Tower in Lake Calenhad. There he was raised alongside his close friend Jowan.

Aiden is a bit of an oppertunist, doing anything it takes to survive and get ahead, whether that involves making deals with demons, or just screwing people over in general. He enjoys fantastic and mystical adventures with his ecclectic party of travelling companions. After saving a Mabari hound, it later tracked Aiden down, which he kept as a pet named Po. He has shared more pints that he cares to remember with the local Orzammar drunk, Oghren. Despite their differences, he gained the admiration of the Qunari Sten. In spite of his assassination attempt, Zevran was given a second chance to fight with the Warden, rather than against him. He always has his old friend Alistair at his back, and his lover Leliana by his side. Leliana is a perfect companion for Aiden, who loves loot, but lacks the aptitude for picking the locks that hold it. She is always one step ahead of him, ensuring that next step isn't in a Foothold Trap. 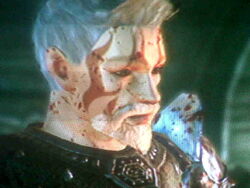 Aiden always had a lust for power. He is always looking for ways to become a more powerful mage, and Blood magic is no exception. Though he is powerful with a staff, Aiden is an Arcane Warrior and skilled Battlemage as well. He is often seen with a battleaxe at his back, enchanted by fire and covered in blood.

Aiden Tracked down his old friend Morrigan and spoke with her once more before she left through the Eluvian. She left him something of value, though for now, no one knows what. 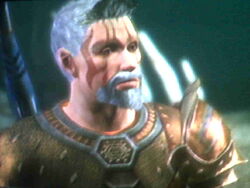 It is said that Aiden reunited with the red-haired bard known as Leliana, and that they adventure together still. The pair were spotted together in Denerim a year after the blight's end. 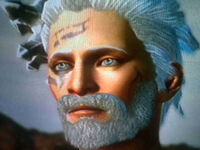 Alden Hawke is a cousin to the Hero of Ferelden. He escaped Lothering alongside Carver and Leandra Amell, Aveline Vallen, and Bo, his faithful Mabari companion. With a little help from a witch of the wilds, they set off for Kirkwall.

Arriving in Kirkwall, Alden set out to find his fortune in the city of chains. His destiny before him, he would be at the forefront of events that would forever change the world.

Alden was a powerful mage, and an absolute terror on the battlefield. He learned the secrets of blood magic and force magic in secret to hone his abilities. Alden was less opportunistic than his cousin Aiden, and less likely to be in cohoots with demons. He too felt the allure of demons, but Anders always steered him right. Eventually, they fell in love. After a passionate night together, the two were inseparable. 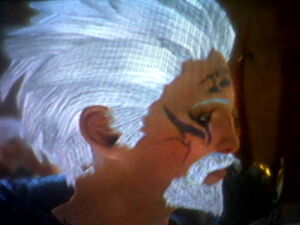 Alden Hawke served as the catalyst for the Mage-Templar War, which now threatens to engulf the entire world. Rumour has it that he escaped Kirkwall on Isabella's ship, which she pilfered from Castillon. He is now an apostate fugitive alongside on the run with the love of his life, Anders. 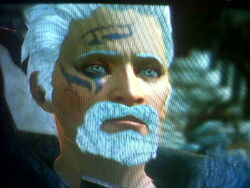 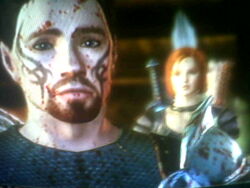 King Alflandörf Cousland was the youngest of the Cousland clan, the noble rulers of Highever. Treachery saw to the demise of his family when Arl Rendon Howe of Amaranthine ordered that his entire family be slaughtered. Luckily, he was saved by the Grey Warden Duncan. In exchange for saving him, he agreed to join the order. Thus, his journey to stop the Blight began....

Alflandörf took a liking to his new comrade-in-arms Alistair, and the two quickly became best friends. His faithful canine companion Barkspawn was always at his side, and remained loyal on all his adventures. Over the course of these journeys, he also met Oghren, who would later go on to lead troops at the city gates of Denerim, during the final onslaught. Sten proved a stalwart albeit stoic companion. He and Shale were good friends ever since he saved her in Honnleath. Wynne was cut down due to Morrigan's meddling.

Despite said meddling, Morrigan and Alflandörf formed a close bond. For once, she found someone she could call "friend". Sadly, when she offered him a way out of death by Archdemon, he declined. He couldn't trust the dark magic at work, and so it was destined that one of the three Wardens die.

Leliana was also a dear friend... and then some. They grew fond of each other, and though he loved her, he was forced to end it when it came time to marry Queen Arnora and become King-Consort. He was sorry about the break-up, but his duty to Ferelden came first. He tentatively asked to have her as his mistress, but she declined. With a tinge of regret, they parted ways.

In the wake of the Archdemon's defeat, Alistair agreed to make the killing blow, sacrificing his life in the process. This loss deeply hurt him, but he went on to become King of Ferelden, and later Commander of the Grey. Sadly, his lover Leliana refused to stay with him. For better or worse, he would serve his queen and country. 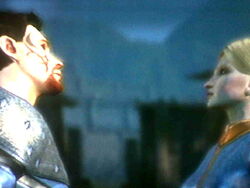 Eventually, Alflandörf returned to Denerim to resume his duties as king-consort. There, a hero's return awaited him, along with his beautiful queen. There was however, one more mission he had to undertake, one last wrong to right, one more promise to keep. He had to find his old accomplise Morrigan... and bring an end to her.

Eventually, he tracked her down deep in the Dragonbone Wastes and did what he had to. If there was one thing he had learnt, it was that magic could not be trusted. So at last, he stabbed the bitch the wild. Perhaps he was just upset because his friend couldn't be saved and he blamed himself. Perhaps he just didn't like her very much. Soon after, he mysteriously vanished. 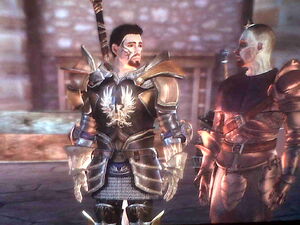 Retrieved from "https://dragonage.fandom.com/wiki/User:The_Milkman?oldid=594530"
Community content is available under CC-BY-SA unless otherwise noted.