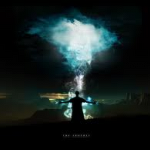 " In war, When a Commander becomes so bereft of reason and perspective that he fails to understand the dependence of arms on Divine guidance, he no longer deserves victory." "Lucius Annaeus Seneca"

"It is a man's own mind, not his enemy or foe, that lures him to evil ways." "Buddha"

"Even at our birth, death does but stand aside a little. And every day he looks towards us and muses somewhat to himself whether that day or the next he will draw nigh." "Robet Bolt"

"The greatest power is not money power, but political power." "Walter Annenberg"

"Defeat is not the worst of failures. Not to have tried is the true failure ""George Edward Woodberry"

For some reason i can't figure out how to put a picture in the template. It doesn't seem to work for me.

Retrieved from "https://dragonage.fandom.com/wiki/User:TheProphet?oldid=384315"
Community content is available under CC-BY-SA unless otherwise noted.