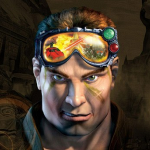 I bought Dragon Age Origins without informing me about the Game first. Played it a while then and thought it was crap because of the combat system especially the pausing to plan tactics. But after two months I thought that I have to complete Dragon Age at least once for my money not being wasted. That was the point I fell in love with this game and already completed it and all the DLCs twice now (a third time will follow!). My second run was planned to be a full completion run with doing and getting everything to possibly do or get in Dragon Age. That is why I'm here now.

Retrieved from "https://dragonage.fandom.com/wiki/User:Teyx?oldid=307125"
Community content is available under CC-BY-SA unless otherwise noted.