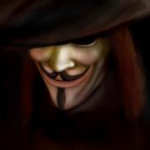 Ho there Friend! My friends call me Chris. I love Dragon Age, as a game and as an universe. I'm a hardcore gamer, and big fan of good books and movies. When I not here I'm probably in Wookieepedia, IGN or messing up the Wikipedia.

I got Dragon Age on the most improbable way as possible. About a year and something that the game was released, I received from present a copy of Saints Row 2, since I already bought a much better GTA:IV I went to the store to trade it for something better, out of a hungred crappy games they had Fallout 3 that I wanted, New Vegas and Mafia II, that my brother wanted, since Mafia II was terrible and I not a fan of FPS I went to another store, without my brother this time, and they had Mafia II but I saw Dragon Age: Origins in the corner, I only had heard mention of the game in an IGN review so I decided to buy it. After that I fall in love with the game and played just him for 6 months. To imagine today that I almost, but almost, bought Fallout really makes me laugh.

I own a PS3 and until The Witcher never played a non strategy game on PC, one the things that really makes me pissed it's the fact that a PC player of Dragon Age have acess to better graphics, modding oportunities and it's possible to download the game FOR FREE. I mean, it can leave someone with low self steem.

I've seen many mythopedic universes, and I really think that Dragon Age has the best, it's passionate and impressive without bearing ludicrousness like Tolkien or H.P Lovecraft, it's a universe that makes you feel, and games that are certainly one of greatest games ever made.

I didn't put all them here, just the main ones.

My Canon Warden. Teyrn of Gwaren, Arl of Amaranthine, Commander of the Grey and the most Badass motherf(*) in Thedas: Arthas Cousland!

A noble personality (albeit a little spoiled sometimes), a smart-ass also. For him the end doesn't justify the means; always fit for a fight and a womanizer; Faithfull to the Chantry, but not in execess, strong opposition to Blood Magic and a slighty prejudice of elves.

Initially insecure and scared of responsibilities as a warden, he develops a sense of a need for power, becoming a blood mage and defending that for him to succed in his task, any means can be used. Don't deal with demons, has no sense of humor.

I've made many contribuitions so don't believe in the link below. It's a lying a link.

Retrieved from "https://dragonage.fandom.com/wiki/User:Te_Shukalaryc_Mand%27alor?oldid=360957"
Community content is available under CC-BY-SA unless otherwise noted.