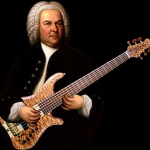 aka What a large tree...

I'm not one to write elaborate essays, so, please excuse this section's simplicity... and messiness.

Well, I first started playing Dragon Age: Origins back in the winter of 2010. I didn't know what to think about it at first, but it grew up on me (to the point of doing three consecutive full playthrougs... or maybe four or five, can't really remember). Then I got myself Awakening which I also started to like later. Still the base game is better to me.

I wasn't really hyped for Dragon Age II so it didn't feel like I was burned by EA/BioWare, still had a blast playing this game (for a year at least, after that I got depressive of those repetitive environments and did not return until recently).

Well, this is awkward: despite buying DA:I on release, I haven't played it through. Not even once. :|

Other favorite games of mine (in no particular order):Edit

"A Song of Ice and Fire"

And, if you want to talk, drop a message on my talk page.

Retrieved from "https://dragonage.fandom.com/wiki/User:Saba0th?oldid=717670"
Community content is available under CC-BY-SA unless otherwise noted.