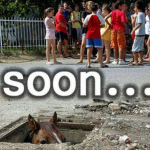 Not much to say about me. I'm just a guy in Alabama, considered a genius in high school(which isn't that hard in the middle of fucking nowhere), and I blame Bioware for my poor performance in my freshman year of college. At least it was worth it.

A friend of mine has a website called anonymousartists.wetpaint.com. I ask you to check it out, cause it's a pretty cool(if maybe a little unoriginal) idea. I do this not only to promote a dream of one of my best friends, but also because I'm a mod there & was asked to try to get more people on the site. Plz help.

My "canon" Warden. He is likes to always have the upper hand, and convinces Anora to marry him so he can have more power. An agressive man bent on bloodshed, he never goes for the peaceful solution, opting to fight rather than chat with his enemies. However, he is greatly loyal to those he considers his friends, regardless of the implications. And even when he chose to conscript Loghain, he immediately refused Alistair's execution. He uses greatswords, is a Templar/Champion/Guardian combo. Upgraded Vigil's Keep, saved the Keep, killed the Architect, destroyed Amgarrak, then left with Morrigan.

She is very distrustful of humans, but eventually accepts that she must work with them within the Wardens. Being forced to leave her clan behind has made her bitter, and she has found that the only times she can foget about her pain is during battle. She is ruthless in her pursuit of ending the Blight, bringing Loghain to justice, and trying to eradicate all darkspawn in existance. She is an archer that is a Ranger/Bard/Legionnaire Scout combo. Upgraded the Keep, saved the Keep, killed the Architect, destroyed Amgarrak, let Morrigan leave.

My first "psuedo-good guy" playthrough. W&S tank with Templar/Champion/Spirit Warrior specializations. He strives to do what is right in the eyes of the Maker while retaining his shrewdness on what is the best solution. He befriended all his companions, and refused to allow harm to come to any of them. He hardened Alistair so as to allow Loghain a chance at redemption. Upgraded the Keep, saved Amaranthine, spared the Architect, destroyed Amgarrak, allowed Morrigan to leave.

If anyone knows how to get rid of the black part around the pictures, a message would be greatly appreciated. :D

Retrieved from "https://dragonage.fandom.com/wiki/User:RogueHippie420?oldid=813161"
Community content is available under CC-BY-SA unless otherwise noted.