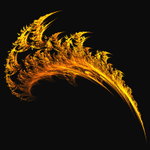 I'm probably the only person in the world who cares that the plural of maleficar damn well ought not to be maleficarum.

At least, not if maleficar is supposed to be a Latin noun, presumably derived from malum (second declension neuter noun, "a bad thing") and facere (verb infinitive, "to do, or to make" – facere often makes compounds as though it were spelled ficere): in short, a malefactor (the correct Latin word for the thing!)

Anyway. If maleficar were a Latin noun it'd be third declension neuter, declining like exemplar, and its nominative plural would be maleficāria. I've written a macron over the second 'a' to show that it would have been pronounced as a long vowel; it may show up properly in your browser, but I don't promise that it will.

But whatever language maleficar is supposed to be in the game, it isn't Latin, since there's no Italy in the world of Thedas. People have noted similarities between the Roman and the Tevinter empires, but believe me, they're superficial. They do not speak Latin in the Tevinter Imperium. We can forget, at least for game purposes, any Latin grammar that we may have remembered.

Why worry about plural forms?Edit

English has a sensible rule that when it adopts a word from another language, the new word is inflected just as though it had been an English word all along. It's sensible because English is such a rag-bag of languages that we'd need to know the grammar of very many languages just to be able to pluralise a new word. Would you know how to pluralise avatar, octopus or zebra in their original languages?

Example: meniscus. English plural: meniscuses. No worrying about what declension meniscus happens to be in Latin - should the plural be meniscī, or meniscūs, or something else? Or even (horrors!) it just might be Greek, and so meniskoi...

"But," you cry, "that's not true! What about index and indices?"

Like any worthwhile rule, it has its exceptions, and the exceptions serve to point out the generality of the rule. In other words: "It's not an exception, it's a secondary rule!" :)

The secondary rule is that if an inflected form of an adopted word has itself also been adopted (usually for a technical use), that doesn't prevent the primary rule from operating. So index has two plurals: indexes and indices; one for ordinary use, and one for posh :) This also explains how agenda (which in Latin is a neuter plural – "things-to-be-done") can be treated in English as a singular, and develop its own regular English plural: agendas.

So, unless we're quoting what is written in the text of the Dragon Age games, I propose that, just among ourselves, and in order that we don't tie ourselves up in knots, we do the English thing and stick with maleficars.

Never misspell this as rouge where I can see it, or I shall have Hawke hunt you down and hurt you a great deal.

Getting that wrong will have you put onto my reprobates list in the company of those who believe that alot is an English word and that any English sentence is improved by terminating it with ftw or lol.

Retrieved from "https://dragonage.fandom.com/wiki/User:Muddlehead?oldid=482225"
Community content is available under CC-BY-SA unless otherwise noted.