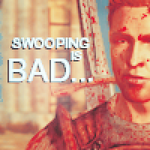 I L-O-V-E Alistair, I don't think I've ever made a female warden that hasn't romanced him. (My male warden's all get Zevran.)

I've played the game more times then seemingly possible, (besides 100% the game for myself on my PS3 I've also done it for 3 other people and will soon be doing it again for myself on my 360 with the ultimate edition) in fact, it wouldn't be far fetched to say I know the game better than the back of my own hand.

DA2 was fine, I don't know what all the griping is about.

Just an idea since the spelling on this wiki is stellar. Pop open a word-document really fast, type up what you’re going to say so it’s spelt correctly and then just ctrl+c, ctrl+v. It’ll make your life much easier and make you look intelligent.

My “cannon” in D.A. is a Fem-Rogue-Coulsand who Marries Alistair to become Queen, sides with the mages, helps the elves and stops the werewolves curse, picks Harrowmont, saves the ashes, and takes Morrigan up on her offer. Saves Amaranthine, and, accepts the Architect’s help. This import goes straight to a Fem-Rogue-Hawke who sides with the Mages and runs away with her dearest Anders.

Hi Mrs Alistair Therin, thanks for your reply to my post about DA:2. Im really not trying to demerit the game (as others have suggested even as far as being "unallowed" to edit NPCs in DA:O. Theres some really strange ppl who walk these halls are'nt there! Im glad you enjoy the game as much as I do! The Dark Wolf (talk) 05:22, February 11, 2011 (UTC)

Retrieved from "https://dragonage.fandom.com/wiki/User:Mrs.AlistairTheirin?oldid=337377"
Community content is available under CC-BY-SA unless otherwise noted.