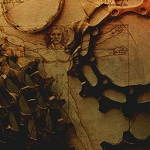 Cancelled Project: I don't have the interest anymore.

Trying to standardize the World Map Encounter and World Map pages, and get screenshots of the various areas that do not have attached images. Similarly my ultimate goal is to expand the encounter page, and put names/pages to all of the areas that can be happened upon in the game(such as the actual name of Taoran's camp, etc). It should make the Traveler achievement easier to acquire, which is why none of the Random Encounter lists so far have DLC content included.

Pages marked as completed may need some rephrasing/higher quality images otherwise they should be up to date and correct. This list is obviously missing some encounters which haven't had pages created as of yet. If you create a new page for one of the World Map Encounters, the preferred method is to use an Involved In section over the "|quests =" locationInfobox command.

Dead Container links can be linked instead to the Containers page ( Example Container ), if you don't see that type of container already listed there add it in so the container list eventually gets completed as well.

This list is now complete, I took the area names for all random encounters straight from the toolset.

Note: Battlefield arrangements of enemy units are optional in the articles but may be useful for people wanting to study the layout prior to attempting the fights on harder difficulties.

Collapse of the Chantry (Prequel)Edit

Made notes of the plot points in Dragon Age: Origins and Awakening that allow a player to remove nearly all chantries that have appeared in the game franchise. They will either be destroyed or abandoned in the epilogues, culminating in the start of the Mage-Templar war in Dragon Age II. I also documented the locations of blessings and prayers, created and expanded the Chapels in Thedas section and made an observational note about chapels in the trivia section.

Documented all instances of Golem Control Rods and Lyrium Wells.

Researched the amount of gold a Dwarf Noble Rogue could generate by the time the Party Camp is first reached after Lothering, its in the neighborhood of 95 gold, give or take depending on random loot. This means a dwarf noble rogue does not need to sell any downloadable content to purchase The Spellward before Bodahn's inventory resets. They merely need to save prior to stealing from Duncan and reload until master runes are stolen, similar reload tricks are required for random containers (chests, corpses after battles, etc).

Finished documenting the leftover scripts, items, and evidence of Shale originally being part of the base version of the game instead of downloadable content.

Finished updating the herbalism objects which were not self explanatory with effects, and the duration of those effects. In the future I may standardize all herbalism objects and pages, but right now I feel the above current projects are more important.

Solved the mystery of Axameter and the Strange Wood. Special thanks to all those who participated in the talk page about the axe, I couldn't have nailed down this article without your help and clues to it's location.

Thanks to Tierrie the mystery behind this weapon was solved, it's currently bugged. PC users see the link to the weapon above for a fix of the bug.

Yet again, the credit for this one goes to Tierrie. It doesn't exist on any NPC in the game. See the above link for a workaround to this problem.

Added a workaround to acquire this item which was left out of the game at release.

Discovered that his discount gives 25% off the price of goods carried by Gorim. See A Prince's Favor: The First Task for more information.

Added a workaround to acquire one, or all three of the Shaperate's Blessing items that were previously part of a bugged miniquest.

Discovered the animate dead exploit (not tested with v1.02a), allowing you to have two skeletons if the first was a mage. While it may be exclusive to the Ruined Temple, it's still a nice summoning exploit if you're playing a mage rather than a ranger. Similarly I have not tested to see if revived ranger animals (prior to v1.02a) can exist with a summoned skeleton (or two) which is something someone can play around with as it's not high on my list of things to do.

Discovered you can pull the dragon with Blizzard rather than Kolgrim's Horn, though it doesn't seem to work if you side with Kolgrim which diminishes it's usefulness but it's still a neat trick.

Retrieved from "https://dragonage.fandom.com/wiki/User:Mictlantecuhtli?oldid=426277"
Community content is available under CC-BY-SA unless otherwise noted.