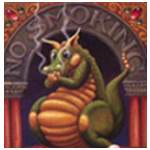 I live in the beautiful mountains of Virginia near the North Carolina state line. I was forced to retire from teaching high school several years ago due to a disability, so have the free time to enjoy my games. I have one kitty, although that number could change at any time. I'm single and prefer it that way, thank you very much. I love many forms of needlework, and I often read and knit at the same time. I've also been known to write the occasional (meaning "very rare") short fanfic.

I'm also an avid gamer who took my favorite game's computer specs to my tech and said, "I need you to build me something that will play this gracefully." I built my most recent rig myself, with my own three little hands. I was immensely relieved that it didn't blow up the first time I powered it up. I'm one of those people who tend to really immerse themselves in something to the point of burn out and then move on to another obses...hobby. Currently, my game addiction is somewhat divided between Skyrim and Dragon Age: Inquisition, but in the past I've also played Morrowind, Oblivion, Neverwinter Nights, Baldur's Gate, Diablo and Sacred. Then again, it's not uncommon for me to return to a favorite game after a long hiatus.

Retrieved from "https://dragonage.fandom.com/wiki/User:Jannifer?oldid=781999"
Community content is available under CC-BY-SA unless otherwise noted.