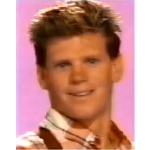 http://www.facebook.com/profile.php?id=100000056430186 is the obligatory Facebook profile. The current profile picture is my current favorite character of all time, Jeff ( http://www.youtube.com/watch?v=MkAi7aF66R0 ) and my Dragon Age: Legends character is a Rogue with high Agility who resides in Castle Greyskull.

http://www.youtube.com/user/futonrevolution is the YouTube that I probably check, more often, than the Facebook. Don't "rate, subscribe, and Liek!!1!one!" Just watch and enjoy. The current big things there is non-dubbed Paranoia Agent, the Fenslerfilm GI Joe parodies (paired with the original PSAs, which, somehow, no one else has thought to do in the last 10 years) and a buck nekkid Kirk Douglas choking a badly-dubbed Harvey Keitel.

E-Mail that I Never Remember to Check:

Hey, there. My name's Daniel and I'm down & out on the Jersey Shore: a former Army Brat, on disability for particularly odd seizures. When I was a kid in Jersey, Seaside Heights was full of Greeks. Then, my first summer overseas, I turned on EuroMTV and saw - to my horror - my beloved dirt mall beach overrun by Greeks in the frat boy sense. It's still so strange to see my scummy little haunts from elementary school overflowing with even scummier tourist bennies.

An ex-girlfriend got me into "Dragon Age: Origins" and I was hooked (on the game, not her - it turned out that she had an old drug habit that became a new one again). After modding it to death, I'm hooked for life. I'm one of those heretics who thought "Baldur's Gate" was great until I actually got to Baldur's Gate and was bored to death - I've never managed to finish it, but still insist on doing that before I crack open my copy of BG2.

The adventure games that I do hold on a pedestal and can do no wrong are "Planescape: Torment," "Grand Theft Auto: Vice City" and, best of them all, "Star Control 2." Apparently, I like sandbox games that actually are sandbox games. Get Planescape: Torment for $9.99 at (http://www.gog.com/en/gamecard/planescape_torment) and Star Control 2 for FREE at (http://sc2.sourceforge.net/). Seriously. Stop reading this and go there now.

I also typed too quickly when re-registering and left out the "u" in "futonrevolution." It's a reference to "Confessions of a Futon Revolutionary" by the Weakerthans... kind of like a political version of an armchair quarterback. If you recognize my handle & humor, then you're probably an old grognard, just like me; it's been a few years since I was popular enough to be the top search result for my name.

DarkDabber has been on me, to make a Let's Play. The game in mind is the excellent "Tales of Game's Studios Presents Chef Boyardee's Barkley, Shut Up & Jam: Gaiden, Chapter 1 of the Hoopz Barkley SaGa" [1] which is, honestly, the most enjoyable JRPG that I have ever played. Guest commentators are, of course, welcome. What I would really appreciate, though, is if someone can finish "The Diary of Anne Frank Shareware" http://www.talesofgames.com/annefrank/ for me. The platforming sections are well beyond my Mario skills; I can't get past level 2 and would love to know how it ends.

Also, if you're looking for an invitation to join the Dragon Age RPG play-by-email/Skype/post/chat/etc campaign, then consider yourself invited.

Retrieved from "https://dragonage.fandom.com/wiki/User:Futonrevoltion?oldid=452003"
Community content is available under CC-BY-SA unless otherwise noted.