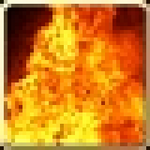 Hi, I'm Fiery (Add suffix if just "Fiery" has been taken). I don't do much editing, I mostly just look up articles that intrests me. I only have this account to add topics to talk pages or discussions.

Since Bioware have started with pre-built histories I've decided to only keep one character for future save import. His name is Igneus (latin for fiery, yes, I'm clever.) And he is a "big picture hero". That means he is willing to let people suffer today, so more can be happy tomorrow. More specificly these are his big choices:

I'm not sure what is considered a major event as to me it felt like the entire game was just a bunch of side quests that tied together very loosely, anyway:

Dragon Age 3 Not yet released.

Retrieved from "https://dragonage.fandom.com/wiki/User:FieryWrath?oldid=381756"
Community content is available under CC-BY-SA unless otherwise noted.