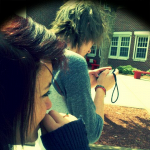 Well I text base Roleplay, my favorite sport is Russian Roulette and you can pretty much say I play video games all day

If you have any questions about the game you can catch me on Xbox: EdwardXVI

Retrieved from "https://dragonage.fandom.com/wiki/User:EdwardXVI?oldid=330912"
Community content is available under CC-BY-SA unless otherwise noted.