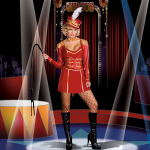 I confess I have played Dragon Age Origins over 40 times. It is my favorite game. I have played it on PS3, PC and XBox. I usually play it on XBox but I like the PC version best. It, however, has always given me problems especially with DLC disappearing in the middle of the game. After awhile I got sick and tired of trying to fix the problems. I like playing the game better than fixing the problems anyway. I have all the achievements on XBox including those for that not so favorite game Dragon Age 2. I even got two achievements that do not appear on the XBox list --I Am Indestructible and I'm Kinda of A Big Deal. I always play my warden all the way to Witch Hunt. Some of the DLC, in my opinion are not so hot but I play them anyway. Every time I finish a game I find myself thinking how I would like to play the next game. I stopped playing the game straight about 20 games ago so I dupe tomes and use the money glitch. It is just more interesting to me that way at this point. I play the Ultimate Edition on PS3. I only recently bought it as it was so cheap I couldn't resist. There are some small differences between that game and the original game that I play on Xbox. For one thing, the Blood Dragon Armor is different and for another there set armor works for the Warden Armor. There was also a glitch that allowed me to get three achievements that I didn't deserve or want to get just yet. It took me more than 40 times playing to get them on XBox, mostly because I like Alistair and didn't want to see him die. Yep, I got the The Perfectionist, The Ultimate Sacrifice and the Discovered All Possible Endings achievements on my first PS3 play through. I found the loading times take longer on PS3 than Xbox. When I finish getting all the achievements on PS3, I plan to take up the PC game again. I do not have DA2 for PS3 but do have it for both Xbox and PC. When it first came out I was unable to get it to work right on the PC but that has been fixed. By that time, I wasn't interested in playing it on PC since I found it so boring and uninteresting on Xbox. Too bad as it was a game I was looking forward to playing, and it was a real let down. The bugs got to me in my second play through. So I played DAO again. Now that it has been fixed, I have played it, at least, a half a dozen times on Xbox in order to get all the achievements including those for the latest DLC. For those interested in such trivia DAO can be played in stereoscopic 3D and Dragon Age 2 can not.

Two of My Many Wardens. Etherial may have been my favorite of all of them. I had named one of my Shepards Etherial and got to thinking about this one being a faraway relation. I played Poisondrake as a by the book Circle Mage. I found Wynn didn't nag as much and was more enjoyable to be around.Edit

Retrieved from "https://dragonage.fandom.com/wiki/User:Diosprometheus?oldid=348682"
Community content is available under CC-BY-SA unless otherwise noted.