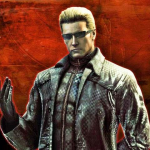 This is your user page. Please edit this page to tell the community about yourself!

I'm 3000 years old halfdemon. I was born in San Francisco 1979. My mother was Shannen O'Morton freelance photographer. She died after I was born. My father is Cole Turner and demon named Balthazor. I was given to the orphanage by my father. When I was 18 I left the orphanage and found out that my father had left me a lot of money. I sought revenge to my father and found out he was hiding in town called Sunnydale. I arrived in Sunnydale and killed my father, but he wouldnt stay dead a long. I stayed in Sunnydale and made some name to myself doing some music bisnes, movies and being the leader of Sunnydale Saints gang. I made some friends on the way and a lot of enemies, UMBRELLA corporation being the most fearsom. Bought a house and found it basement to be very interesting. I found dimension machine you can travel with it in the various dimensions of fiction. So I played with it and next thing you know I was in another dimension 3000 years past. I found myself in the Midlands and in front of me was the city of Aydindril and thats when my life began.

Retrieved from "https://dragonage.fandom.com/wiki/User:Darckner?oldid=678490"
Community content is available under CC-BY-SA unless otherwise noted.