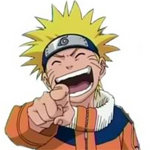 Strong, brilliant, skillful, wise, honest, just, noble. Izen Cousland is one of Ferelden's best. He credits all that he is to The Maker first, and then to his parents. But birthright and upbringing can only do so much. Truly, his own determination and will to ever improve himself and his surroundings contributed greatly to the man he has become.

As a faithful Andrastian who is well versed in the Chant of Light, Izen always strives to live morally and do that which is right. He treats others with respect, especially those of the elven or dwarven races, and he helps as many people as he can.

He regrets that he wasn't able to save his family when Highever Castle was attacked. It was their deaths, his parents' most especially, that drive him to save every innocent life that can possibly be saved. He has always tried his best to live a life that honors his parents, his family, and the Maker. His belief is that truth and righteousness are of the highest virtues. Compassion, understanding, respect, friendship, mercy, forgiveness, freedom, justice. It's these virtues that will improve the lives of all the Maker's children.

Izen took interest in the dual weapon arts from an early age. Now he is a master of the arts and uses his abilities to protect and defend his friends, his loved ones, and his people. He is a Champion, both in title and in specialization. He and his friends saved everyone at Redcliffe, and he believes that his parents would have been proud of all of them for that. But he still can't help but feel the pain and anger at his parents' murders, which is the source of his Berserker rage. Later, an unexpected occurrence in the Blackmarsh led Izen to discover the abilities of a Spirit Warrior. Izen also studied the ways of the Templar at the Lake Calenhad Circle to improve his ability to combat hostile magic.

Izen believes the best defense is an unstoppable offense. Izen favors speed and precision, doing as much damage as possible in a short span of time. Most enemies are caught completely off guard by his tactics and strategies. Izen also knows how to use two-handed weapons effectively to deliver high damage with just a few quick swings. His high dexterity also makes him excellent with a bow and arrow. Even though he's a warrior, he has an accuracy rate better than most rogues.

Izen never thought much of the Grey Wardens, and even less after having been forced to join them. He never wanted to be a Warden, and still doesn't. While he doesn't consider himself a Grey Warden, he knows that's what he is whether he likes it or not. And so he is resolved to change how the Wardens operate, in Ferelden at the very least.

Izen is highly intelligent, and a natural leader. He is an inspiration to those around him, and a good influence on them. He is well admired for being decisive, confident, and effective. Under his command, no ally has fallen in any battle he has been involved in directly.

Izen and Anora had felt a deep connection with each other from the beginning, and quickly grew close, happily agreeing to be wed. Izen convinced the Bannorn to elect them as King and Queen. Under their joint rule, Ferelden has prospered greatly. Thanks to them, Ferelden maintained strength and order in the months following the blight. Queen Anora kept the Bannorn unified and safe. King Izen protected the City of Amaranthine personally, while his soldiers secured the farms and then later drew back to preserve Vigil's Keep.

He is known as the Hero King of Ferelden, a title cherished among his countrymen, respected among his allies, and feared among the few who might think to do wrong to Ferelden or its citizens.

Who Varos Amell is as a person is somewhat of a mystery to others, even to his closest associates. It all depends on where you stand with him. To strangers, he's trouble. To peers, he's gifted. To instructors, he's useful. To templars, he's cooperative. To women, he's passion incarnate. To enemies, he's a horror beyond nightmares.

But he isn't so difficult to understand. Varos' philosophy can be summed up in one word...

He favors all that have value, and wants all that is valuable. He also seeks all forms of power so he can be as valuable as possible, opening new and better opportunities for himself.

It should be no surprise then that he is a Lucrosian, one of the few in the Lake Calenhad Circle, and he would say the only TRUE one. He believes value is the way of all things, and the world's primary truth. Power is valuable. Those with power command others. Freedom is valuable. More power results in more freedom, same as knowledge does. Gold is weak, and will break against steel. Yet it's powerful enough to make entire kingdoms rise and fall. Why? Value. Even the weak cannot be destroyed by the powerful so long as they are valued by them.

His first loyalty is to himself. Self-interest, the noblest of Lucrosian tenets, as he sees them. To this end being a skillful liar and cunning manipulator serve to advance him ever higher in life and help him obtain what he desires. Romancing both Morrigan and Leliana simultaneously is an example of this. Honesty is often inconvenient. Honesty to one's self is the only valuable form of it. He is loyal to his allies second. Having their trust and cooperation is valuable after all. But Varos prefers to see such relationships as mutually beneficial business agreements, rather than in such vague terms of "friendship" or "camaraderie". All others exist to be used for his own gain.

Those without much value are nothing but pawns to be exploited. Jowan was such a one. Varos knew of his dabbling in blood magic, and allowed him to continue with it, as Varos would secretly sneak the scrolls for himself any chance he got. Jowan would take all the risk, and Varos would reap the benefits. But when Jowan outlived his usefulness, Varos sold him out to Irving first chance he got. A wise decision, as Irving already knew about Jowan anyway, as Varos suspected.

Varos is a pyro-mage. He has always been gifted in the fire element, which fits his personality. Fire can warm a house, or burn it to the ground. He also knows electricity spells, which can be a source of fire. Varos' specialties are Bloodmage and Arcane Warrior; which he sees as the most powerful. Later he learns the powers of the Keeper and the Shapeshifter, as they offer additional value to his blood magic and his wants of uninhibited movement throughout the world. Varos also knows the Walking Bomb spells for his love of explosions, as well as Animate Dead just in case he ever has to face other bloodmages.

Those who cross him or betray him... DIE! They are worse than those without value. If they harm him, take what he has, or take from the people valuable to him, he will make them pay. He will make them suffer. He will make them dead. Then he'll animate their corpse to use them in battle, or perhaps just for target practice.

Varos has never followed the Maker, seeing no value in an absent deity. Not that Varos would blame the Maker for abandoning his creations, provided he even exists. Supposedly, mankind burned the Maker's most valuable possession. Varos would have turned his back on mankind as well...

...after burning it to ash first.

Retrieved from "https://dragonage.fandom.com/wiki/User:Believe_it!?oldid=627878"
Community content is available under CC-BY-SA unless otherwise noted.