If a spirit or demon manifests a desire to enter the world of the living, as it leaves the Fade is can potentially possess a multitude of sentient and inanimate hosts. Entities that successfully possess the deceased are commonly referred to as undead.

Demons often cannot distinguish between a living or dead being and will readily take control of either. This is one of the primary reasons for the Chantry's custom of burning the dead as to prevent the unintended creation of an undead entity. For weaker demons, corpses make tempting targets, as the demon cannot sense any resistance. When a sloth demon takes possession of the dead a shambling corpse is the result. Devouring corpses are held by hunger demons and feed upon the living. Corpses possessed by rage demons go berserk and simply wade into their opponents mindlessly.

When a pride demon takes control of the corpse of a mage, an arcane horror is born, possessing all the spellcasting abilities of a living mage, as well as possessing the ability to heal and even command other animated corpses. Demons of prides can also create powerful possessed corpses known as revenants; additionally they can be manifested by demons of desire.

The skeletal remains of the dead can also fall prey to possession. Upon finding itself trapped within a body that cannot sustain it, the demon is driven insane... it seeks to destroy any life that it encounters, attacking without thought to its own welfare. Fanged skeletons are formed from skeletons that have been possessed by demons of hunger. Driven by the "hunger," these skeletons attempt to consume whatever life they can find and often possess the ability to drain life energy and mana from their victims. Shambling skeletons are possessed by demons of sloth and have the ability to use entropic powers against their opponents. 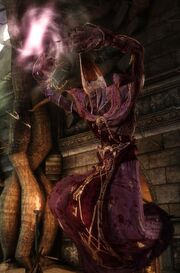 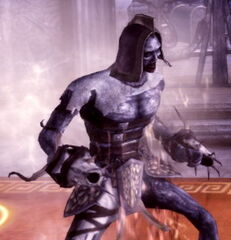 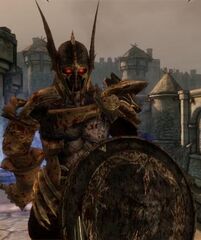 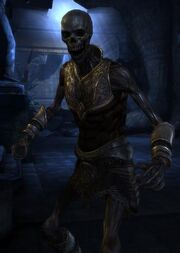 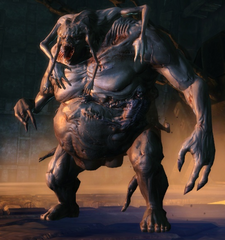