Champions of the Just
Demonic Dogma

Therinfal Redoubt is a fortress located in Ferelden which formerly served as a training facility for the Seekers of Truth.

The fortress was utilized as a training ground for the Seekers where they could practice and hone their skills without any possibility of distraction or temptation. It was in use since at least the Storm Age before the Seekers were finally forced to abandon the fortress in 8:99 Blessed for financial reasons.

When the Inquisitor arrives in Val Royeaux to address the clerics, Revered Mother Hevara spots Lord Seeker Lucius Corin and his templars approaching the stage and assumes they were returning to the Chantry to put an end to the Inquisition. But that was not the case, as she is punched unceremoniously to the ground. Lucius takes contempt in the revered mother's claim of authority and is equally insulted that the Inquisitor did not seek the templars' aid. Declaring the Chantry unworthy of the Order's protection, Lucius takes his templars and leaves. The templars withdraw and billet themselves at Therinfal Redoubt.

Eventually the Envy demon is slain by the combined forces of the Inquisition's party, the Templars and a Spirit known as Cole; and the Red Templars at Therinfal are defeated. The remaining Templars may ally with or be conscripted into the Inquisition.

If the Inquisitor recruits the mages:
Once the templars of Therinfal Redoubt's corruption was complete, General Samson takes over as leader of the Red Templars. The facility is subsequently abandoned, and the Inquisition can dispatch Bull's Chargers to Investigate Therinfal Redoubt.

Champions of the Just

Masterwork Enchanter Armor – in the jail, on the Upper Barracks side of the Great Hall; destroy the crates in front of the cell to gain access.

The Sunless Staff – in the Lord Seeker's room.

Bianca Arms II – only if Varric is in the party.

Templar Order Banner – looted from a chest on the upper level of the Great Hall.

Codex entry: To Be Corrupted 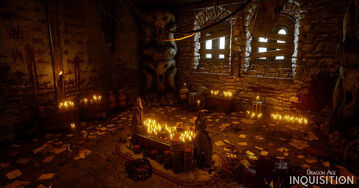 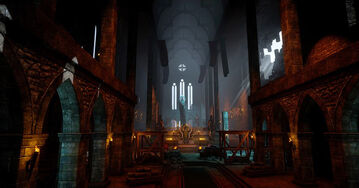 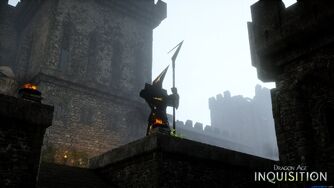 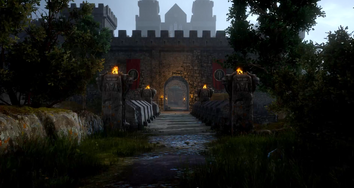 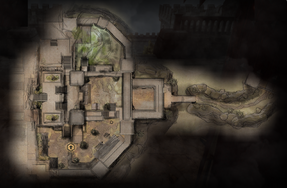 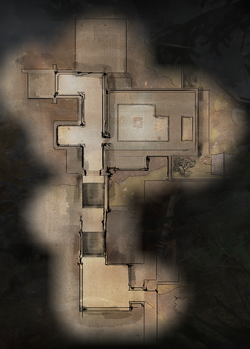 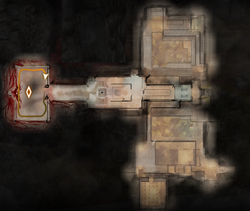