The Theirins are the royal family of Ferelden. The Theirin bloodline stems from King Calenhad, meaning his descendants have almost always sat upon the throne of Ferelden, the exception being during the occupation by Orlais which began during the Blessed Age.

The first notable Theirin was undoubtedly Calenhad. He became teyrn of Denerim (when Denerim was still a teyrnir) in 5:33 Exalted. By some feat of skill or luck, he convinced the Circle of Magi to craft him an enchanted suit of silver-white armour (Calenhad to this day is referred to as "The Silver Knight"), which seemed to deflect both arrow and blade. He then became the first person to successfully lay siege to Redcliffe and conquer it. Following this feat, he presented himself to the Landsmeet flanked by Ash Warriors and Circle mages and declared himself king. Every lord and lady present bowed before him. He blazed through Ferelden, uniting the entire land behind him as king.

Following Calenhad's conquest, the Theirins ruled Ferelden for over three hundred years, until in 8:44 Blessed, the Orlesian Empire conquered Ferelden and deposed the ruling Theirin king, Brandel son of King Vanedrin Theirin. An Orlesian puppet king was installed on the Fereldan throne, answering to the emperor in Val Royeaux. In the latter years of the occupation, that king was Meghren, first cousin and alleged spurned lover of Emperor Florian.

The deposed King Brandel Theirin unsuccessfully continued fighting the Orlesians, until his death. During the Orlesian occupation, Moira Theirin, daughter of the overthrown King Brandel (commonly known as Brandel the Defeated) inspired and led the rebellion, along with several rebel lords. She was betrayed by a group of banns who had pretended to support the rebellion, and was murdered in 8:96 Blessed (a crime that was avenged three years later). Her head was mounted above the doors of the Royal Palace. Despite never being crowned, Moira was well-loved and well-respected among Fereldans, remembered fondly as "The Rebel Queen".

Moira's son, Maric Theirin, took up his mother's rebellion despite heavy losses suffered by the rebels. He waged war alongside a skilled farmer named Loghain Mac Tir who saved his life, and Rowan, the daughter of Arl Rendorn Guerrin and the woman to whom he was betrothed. Maric led the army to a victory at Gwaren, and again managed to defend the town from Orlesian forces despite the significantly reduced numbers of the rebel army. The turning point however, came when the rebels were rallied at the River Dane, and a major victory against Orlais was won at that battle.

The rebellion successfully pushed back the occupiers for three more years, before laying siege to Denerim, where the usurper King Meghren was personally slain by Maric atop Fort Drakon in 9:2 Dragon. Maric was dubbed "Maric the Savior", and was later crowned.

King Maric married his betrothed, Rowan, with whom he had one child, Cailan. Cailan ascended the throne after his father was lost at sea in 9:25 Dragon, and married Anora Mac Tir, daughter of Loghain (made Teyrn of Gwaren for his part in the rebellion) who had helped to raise Cailan.

King Maric fathered Alistair with a Grey Warden elf mage by the name of Fiona.[1][2]

Though the land was peaceful, rumours surrounded the reign of King Cailan. Many speculated that it was Queen Anora who truly ruled, while others speculated that she was barren due to their marriage being childless after five years. Five years into Cailan's reign, in 9:30 Dragon, the Fifth Blight broke out in southern Ferelden. King Cailan rallied his armies and led them to the old Tevinter fortress of Ostagar, where he led the battle against the darkspawn. Cailan won several battles, and massed his armies for one final assault against the darkspawn which he hoped would end the Blight. The surprise infiltration of darkspawn into the beacon tower stopped the beacon from being lit in time to signal a successful attack, and Teyrn Loghain quit the field at the crucial battle, leading to the armies' defeat.

With the death of the childless Cailan, the Theirin line had seemingly become extinct. The throne passed to Queen Anora, who declared her father, Loghain, regent. Many speculated that Loghain would soon be declared king in his own right, though Ferelden was plunged into a civil war between Loghain and his enemies, while the Blight continued to rage across the country.

It emerged that King Maric had in fact sired a bastard, Alistair, who was put forward by Arl Eamon Guerrin, Cailan's uncle, as a viable Theirin candidate for the throne. A Landsmeet was called to decide on this, though Queen Anora put herself forward as a rival candidate.

If Alistair was made king:
The Landsmeet decided that Maric's only living son, Alistair should take the throne, and he reluctantly accepted. He defeated the Blight, and ruled competently, if without enthusiasm. If Alistair is in a romance with a human noble Warden, they can be married, making the Warden Queen of Ferelden, and will rule alongside Alistair.

If Anora was made queen:
The Landsmeet decided against the bastard, Alistair, and allowed Anora to keep the throne, ending the royal line of Calenhad once and for all. Queen Anora defeated the Blight and ruled competently, as she had done for many years.

If Anora and Alistair marry:
To the surprise and joy of the Landsmeet, it transpired that Alistair and Anora had secretly decided to marry prior to the Landsmeet. Together, the royal couple defeated the Blight and were greeted by the people of Ferelden with great delight. Though their marriage was one of duty and convenience rather than love, they ruled successfully, becoming beloved monarchs. A Theirin once again sat on the throne, though the marriage has thus far proved to be childless, as Cailan's was.

It is possible for Alistair to father a child with Morrigan.

If Alistair is made king, rules alone, and was in a romance with a Warden other than a human noble prior to the Landsmeet, he will end their relationship citing the inability of two Grey Wardens to produce an heir. He also clearly states that, as king, he will need to marry and have a child, leaving open the possibility of Alistair continuing the Theirin bloodline as king.

The plot follows BioWare's own canon, meaning it may not follow some of the player's choices in the games.
Thirteen years following the declaration of King Maric's death after he was lost at sea, rumors persisted about him being held in a prison somewhere. These rumors have thus far proved unfounded however.

Dragon Age: Until We Sleep[]

The plot follows BioWare's own canon, meaning it may not follow some of the player's choices in the games.
King Alistair with his companions eventually find King Maric being held by the Magister Aurelian Titus in Ath Velanis and kept alive with a device called Magrallen. Realizing that there is no other way to end his father's suffering after all, Alistair destroys the Magrallen, finally ending Maric's life. 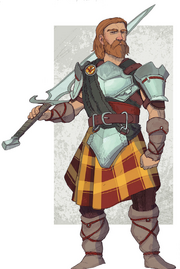 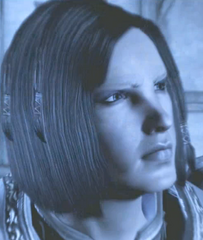 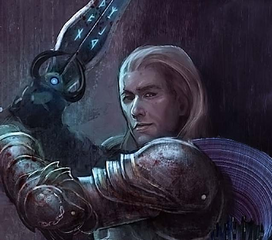 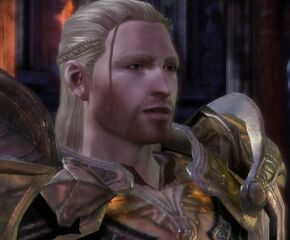 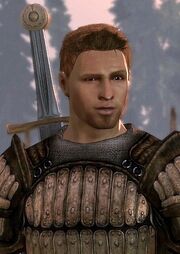