The Lady of the Forest

Edit
watch 02:23
Wiki Targeted (Games)
Do you like this video?
Play Sound
“I have known pain and love, hope and fear, all the joy that is life. Yet of all things I desire nothing more than an end.”

The Lady of the Forest

The Lady of the Forest is a mysterious creature who dwells with werewolves in the Brecilian Forest.

She is the very spirit of the forest itself, bound to the body of a silver wolf—the legendary Witherfang. However, none of the Werewolves address her as such (they simply say "our Lady" or "the Lady"). When Zathrian's children were attacked by humans centuries ago—his son was murdered, and his daughter raped and committed suicide after learning she was pregnant—Zathrian, maddened by his grief, brought forth the Lady's spirit to exact his revenge. This spirit was not taken from across the Fade, but from the forest itself.

The spirit was bound to the body of a wolf and spread the disease of lycanthropy to the humans who had hurt Zathrian's family. The infected became mindless beasts and many died, fulfilling his vengeful wishes. However, the curse lived on past its intended purpose, spreading pain and death to countless more innocent victims over the centuries; until the Lady of the Forest came back to the wolves in the form of a beautiful woman.

She then began to care for the werewolves and helped to calm their savage nature, though she could not cure the disease that ravaged their bodies and minds. She and the cursed wolves now seek to end their curse, and bring peace back to everyone. Since only Zathrian, the one that created the curse, can cure it, they attempted to appeal to him but were always ignored. By the time of the Fifth Blight, they started engaging the elves. Their plan was to spread the disease to his own people so he would finally be forced to cure it. This causes Zathrian to ask the Warden to go hunt and kill Witherfang.

When the Warden finds and confronts the Lady of the Forest in the Werewolf Lair, she will ask that the Warden and their party reason with Zathrian to end the curse. If they help the werewolves by ending the curse, she will die along with Zathrian. If the party elects not to help the werewolves but to slay her instead, she transforms into Witherfang and attacks alongside the werewolves. There is also a persuade option that allows the werewolves to kill all the elves. This is the only option that allows the Lady to live past this section of the game, but it also ensures that the elves are all killed and that the werewolves cannot be cured. They will, however, join the Warden in the battle against the Blight. Swiftrunner will say that the world will never accept their savage race. The Lady will then state that helping against the Blight will help bring honor from the other races to their cursed kind.

If the player sides with the Werewolves, the Lady is present in Redcliffe Castle before the final battle and appears at the Warden's funeral in the Ultimate Sacrifice ending. 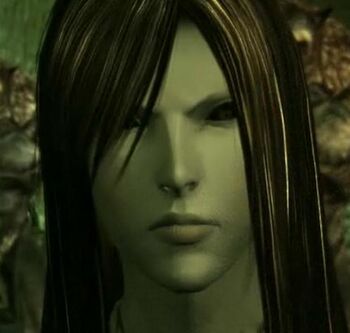 The Lady of the Forest in Heroes of Dragon Age