Edit
watch 02:36
Wiki Targeted (Games)
Do you like this video?
Play Sound
“It is talking!”―Anders

The Mother
The Architect

The Disciples are awoken darkspawn hurlocks; capable of speech, free will and tactical warfare. After their awakening they will select their own names.[1]

The Disciples are the creation of the Architect. During his research and experiments with the taint, he discovered that the darkspawn can gain immunity to the Call of the Old Gods by ingesting the blood of a Grey Warden. Since these Disciples are sapient beings, they have developed their own personalities, with the ability to speak, strategize and choose for themselves. They also possess the ability to hold influence over non-awoken darkspawn.[1]

As they are now free of the Calling, they are also capable of acts that would damage their own kind severely, such as gratitude or revenge, along with other traits of emotionality.[2] Some Disciples can stay brutal and sadistic, as well.[3] Arguably, and as both the Architect and Seranni remark, this merely comes from the fact that they don't know any better, and their savage nature might be subdued simply through learning of other ways. But through learning or not, some Disciples can also be friendly and helping as much or more than other species.[4]

Although they have been freed of the Calling, the Disciples are still connected to the Taint, and they have the same ability and weakness of the Grey Wardens: they can detect the presence of blighted creatures, or be detected by them.[5]

While some Disciples are grateful to the Architect for granting them freedom, for others losing the bliss of the Calling and the taint was too much and have found sollace serving the Mother.[1]

When the Mother, a unique awoken broodmother, began to gather an army of unconverted darkspawn to attack the surface and wipe out both the Architect and the Grey Wardens, the Disciples were free to choose which side they wanted to follow. Reformists who agreed with the Architect sided with him, while traditionalists who resented being cut off from the Old Gods sided with the Mother.

This section contains spoilers for:
Dragon Age: Warden's Fall.
As the Mother's growing powers increased her hunger, Disciples of her faction begin to capture refugees from the Fifth Blight across Amaranthine, in order to satiate her appetite. To get as many refugees as they can, they made a deal with a Fereldan smuggler named Cyril.[6]

During the Darkspawn Civil War, the Architect sends the Withered to Vigil's Keep to negotiate with the Grey Wardens, not considering they might regard the darkspawn's approach as an attack, and that misunderstanding ended in a pointless battle and the death of the Withered.

The major battle of the civil war occurs at the ancient dwarven fortress of Kal'Hirol. The fortress's defenses are commanded by the Lost, and composed by hurlocks, genlocks and Children, with additional stone golems at the genlock emissaries' command. A single Inferno golem protects the Lower Reaches along with the Lost. The forces of the Architect consists of lightly armed hurlocks, lead by an unnamed Disciple. The Lost's forces win the battle, but aren't expecting Grey Warden intervention, and ultimately are destroyed by the Warden-Commander and their companions.

Seeing the Grey Wardens as a problem, the Mother tasks the First and the Herald with the extermination of the Wardens. The First tries to assassinate the Warden-Commander only with a minor task force, while the Herald leads the bulk of the Mother's army to simultaneously try to destroy Vigil's Keep and the City of Amaranthine. The Architect sends the Messenger to help the Wardens, and the Mother's forces are eventually destroyed.

After the end of the civil war, the Grey Wardens begin to hunt and capture some of the Disciples in order to investigate them.[7]

The Disciples are classified as follows:

Disciples loyal to the Architect[]

Disciples loyal to the Mother[]

The Architect
The Mother 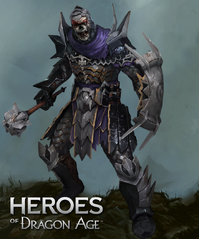 The Messenger in Heroes of Dragon Age 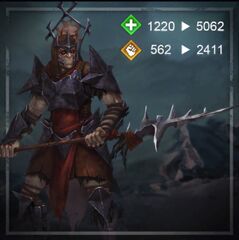 Artwork of the Lost in Heroes of Dragon Age 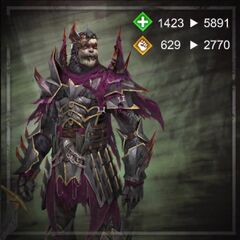 The Seeker in Heroes of Dragon Age 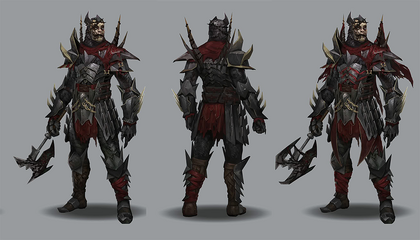 Concept art of the First in Heroes of Dragon Age 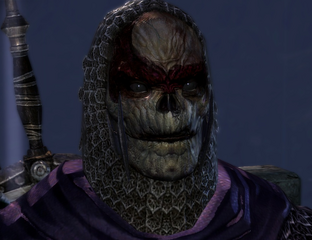 The Withered close up 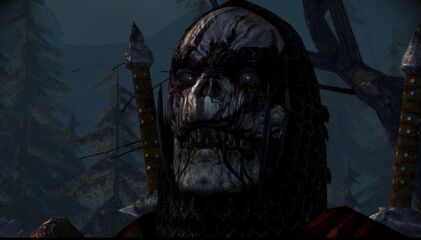 The Herald close up