For the quest, see The Descent (quest).

The Descent is the second downloadable content released for single-player in Dragon Age: Inquisition. Announced on August 5, 2015, it was released on August 11, 2015, for PC, PlayStation 4, and Xbox One. Cost: $14.99 USD.

Go to the war table in Skyhold. It does not show up in Haven. Find the mission labeled Disaster in the Deep Roads. You must have power to complete it. There is no level recommendation. Requires 16 power to start.

Enter the Deep Roads to battle monstrous darkspawn, bloodthirsty creatures that dwell beneath the surface of Thedas. Explore ancient ruins and cavernous dungeons to find the cause of worsening earthquakes. In this new adventure, the Inquisitor will fight new adversaries, gain epic weapons and armor, and solve one of Thedas' greatest mysteries.

After the Battle of Haven, earthquakes begin to shake the Storm Coast. Mine shafts are collapsing, threatening the Inquisition's lyrium trade with the dwarves of Orzammar. More pressing, the quakes aren't subsiding. The Inquisitor looks into the matter, meeting a dwarf Shaper named Valta and a Lieutenant of the Legion of the Dead named Renn. Valta believes there is an intelligence behind the quakes, which she attributes to be a Titan. If they could find the titan, perhaps they could put an end to the quakes. Renn is skeptical of a titan's existence, but thinks they still need to find the quakes' source.

The Inquisitor and Valta uncover more of the titans' nature as they delve into the dark. Having gone beneath even the Deep Roads, they are ambushed by baffling assailants: the Sha-Brytol. They descend deeper into hostile territory and uncover consecutive wonders―a massive cavern of pure untapped lyrium, hundreds of feet high; a subterranean and even turbulent sea; and lastly, a gargantuan cavern with its own verdant ecosystem, with stalactites interconnected with bridges and dotted with structures; a full-blown civilization.

Throughout the journey, Valta finds lyrium etchings similar to Orzammar's memories, describing the Sha-Brytol and the Titans. Yet once they reach the verdant cavern, there is no Titan in sight. The Inquisitor considers it, and is struck with an idea. The Deep Roads had felt different ever since they encountered the Sha-Brytol, almost organic; the reason they cannot see the Titan is because they are within it.

At the very end of the mission, Valta accidentally attacks the Inquisitor with some sort of magic. Valta explains to the inquisitor that she "is pure" and wishes to remain in the Titan for further study. The purity that Valta describes is presumed to be the same purity that the Sha-Brytol have. The Inquisitor will inquire what they should tell the Shaparate, to which Valta replies: "Tell them the truth: you don't know." The Inquisitor then leaves Valta with more questions than answers.

Disaster In the Deep Roads

The Nug King (unmarked side quest)

Gears in the Deep Roads

Landmarks in the Deep Roads

Mugs in the Deep Roads

Disaster in the Deep Roads

Bastion of the Pure 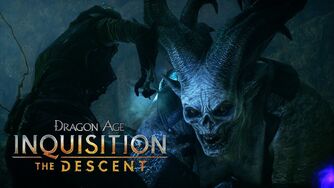 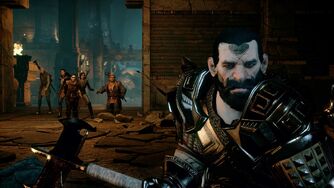 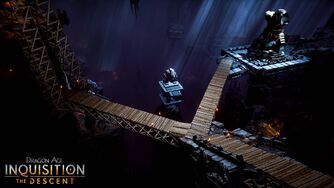 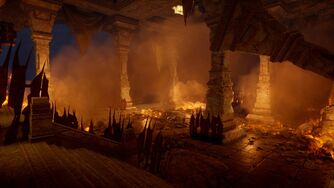 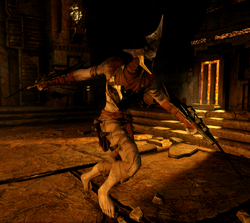 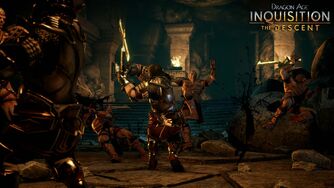 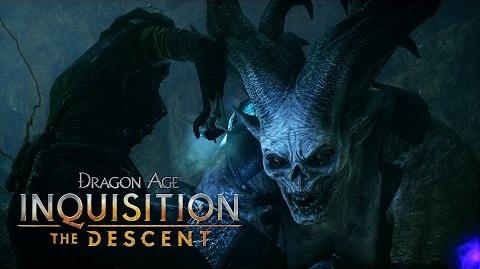