50 XP for each exercise

Summoning Sciences is a side quest accessed during the main quest Broken Circle.

Obtained in the Circle Tower by interacting with the Summoning Font located in the Apprentice Quarters' library.

The quest can also be acquired by finding one of two halves of a torn textbook in the library in the Apprentice Quarters and unlocking Codex entry: Summoning Sciences:

Several items in the library must be touched in a specific order so that a creature may be summoned. Four exercises are available, the fourth being a "secret" one.

In the first section of the stacks, read the Torn Book on the ground just south of the table. Then, The Warden will find a Summoning Font in the library on this floor; selecting it will start the quest sequence and enable several items that The Warden can interact with.

All items that can be interacted with can be highlighted by pressing a key (check your key bindings in the option menu) or hold the LT.

Sometimes when a summoning point is pressed there will be no reaction, simply move on to the next point - if a trap is triggered and you lose HP then start again from the summoning font. This is most likely to occur at Rodercoms Uncommon Calling and the Common Table Carving Spot.

Note: PS3 and Xbox 360 users report that he cannot be pick-pocketed.
Note: If summoned, Trickster Whim will make another appearance: the Chanter's Board will have a new quest called Unintended Consequences.

Note: The Fourth Summoning flame is in the "fourth section" of the library (where stairs lead to the second floor) and is not visible from any of the other Summoning objects. Have a character with Stealing close by when activating it (the party can be changed near the door to the basement, where Wynne joins the party during Broken Circle).
Note: If you are having trouble with the sequence canceling out. Try swapping what character you use to click each item (i.e. Click item: change to a companion, Click item: swap to another companion... Click item: go back to you, Click item: change to a companion..., etc.).

The Fourth Summoning Sequence is an easter egg not documented in the journal. It is essentially the first three sequences added together (minus the use of their flames).

From the Fade Rifter: 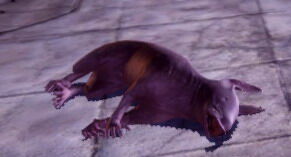 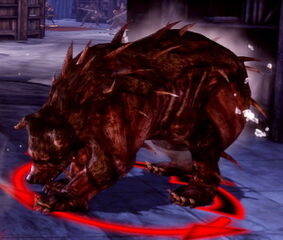