Writing has become difficult. There is a sharp pain in my hands when I move them, like shards of glass in my knuckles. When I look in the mirror, I don't recognize myself. I remember when Lieutenant Erasmus got this way. He looked like a living corpse, his complexion a facsimile of the blush of life. Instead of blood, it was pulsing red lyrium. It killed him and kept him alive at the same time. I don't want this anymore. It gave me power, but it goes against everything I was taught. Sometimes I am swept along with the fervor, but in quiet, I remember what I was, and what I believed. Some say Imshael can cure us. He can pull the red lyrium from our bodies, if we ask him. But there's a price. No price would be too high. I just want to be myself again.

— Excerpt from the journal of a red templar[1]

We arrived in the Highlands at night. I was immediately given the task of overseeing the acquisition and staffing of the Sahrnia quarry. I asked the general why we needed a quarry, if the crystals will grow anywhere. Apparently the Elder One believes the composition of the earth here will ensure that it grows more rapidly and abundantly. Some of my men feel we should take the quarry by force. The general did not specify how I was to secure the land, so I am considering a more subtle approach. Any suspicions we raise will increase the chance of a military investigation, perhaps even the newly formed Inquisition. We must operate in secret as long as possible.

The keep has recently been seized to serve as a base for the Red Templars as part of their offensive to seize control of Emprise du Lion. They are also conducting experiments on giants by infecting them with red lyrium. The operation is overseen by Imshael, a desire demon and one of the The Forbidden Ones. After the Inquisitor deals with Imshael and drives out the Red Templars via the side quest Capturing Suledin Keep, the Keep is overhauled into an Inquisition stronghold.

Abyssal Peach - head past the cages and the first Giant encounter, search just before the lyrium tents.

Ardent Blossom - found down the endless staircase near Suledin Keep, see side quest The Tiniest Cave.

March of the Everlasting - looted from Imshael; see side quest Call Me Imshael. 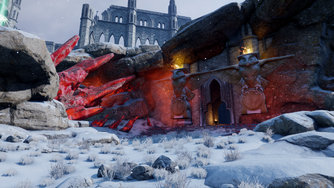 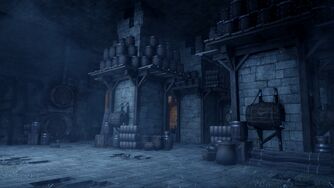 Area with hidden chest on top of the platform. 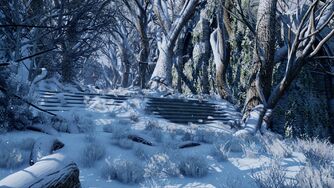 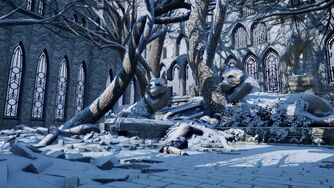 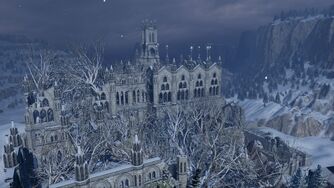