The Still Ruins is a set of ancient ruins located in the Western Approach.

The palace was presumably built by the Tevinter Imperium, but has long been abandoned since a magic research experiment went wrong.

Tevinter researchers performed a magical experiment in this palace a long time ago. Their objective was to tap into the powers and energy of the Fade, but in doing so, they created a Breach through which demons started pouring out. A fail-safe built into their experiment was triggered and froze time within the palace.

The Inquisitor may reach the Still Ruins in the Western Approach while exploring the region, or helping Frederic, a Professor from the University of Orlais performing field research in the area.

The ruins are now guarded by Venatori seeking artifacts and power associated with the old magical experiment.

Within the palace, the Inquisitor will find a number of Tevinter mages and demons surrounding a Fade Breach, all frozen in time from the moment the experiment broke down.

The Heart of the Still Ruins

A Manuscript of Some Authority

A Stranger Rift in the Ruins

Freed Are Slaves (piece #8) - in the locked room on the right of the first hall encountered off of the Main Chamber.

Tevinter Banner - found in a chest located in a room off of the left side of the Main Chamber.
Note: Requires Deft Hands, Fine Tools Inquisition perk.

In the Main Chamber of the ruins; accessible only after removing the time-freeze spell, see side quest A Stranger Rift in the Ruins.

Spirit Rune Schematic - located in the very back of the Inner Sanctum, on a plaque found behind the staff; see side quest The Heart of the Still Ruins.

Heartwood (3) - in the eastern locked room off of the Main Chamber.

Infused Vyrantium Samite (10) - in the eastern locked room off of the Main Chamber.

Spirit Rune - found in a chest in the Hall of Silence.

Tempest - looted from the Inner Sanctum; see side quest A Stranger Rift in the Ruins. 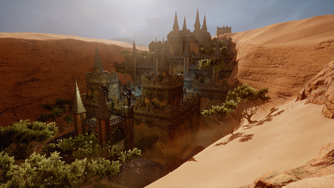 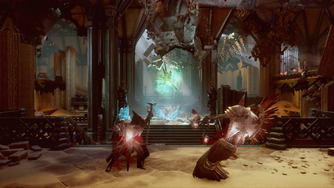 Frozen Demons and Venatori in the Main Chamber. 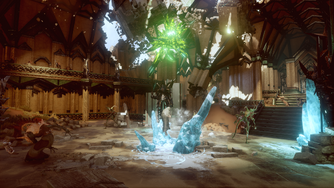 Rift in the Main Chamber. 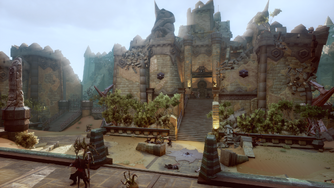 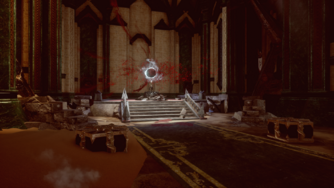 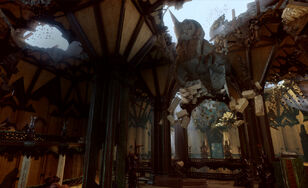 The Still Ruins interior
Add a photo to this gallery
Retrieved from "https://dragonage.fandom.com/wiki/Still_Ruins?oldid=889763"
Community content is available under CC-BY-SA unless otherwise noted.