Someone to Lose
By the Grace of the Dalish

Something to Prove is a side quest in Dragon Age: Inquisition.

Valorin was searching for Lindiranae's talisman, a lost Dalish artifact of particular importance to Hawen's clan. Valorin's journal mentions ruins on the plains where the talisman may be found.

Triggers on the Exalted Plains upon finding Valorin's corpse and his effects during the side quest Someone to Lose. 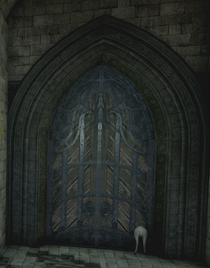 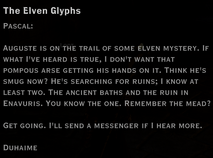 Letter from a senior member of the Freemen of the Dales
Add a photo to this gallery
Retrieved from "https://dragonage.fandom.com/wiki/Something_to_Prove?oldid=890172"
Community content is available under CC-BY-SA unless otherwise noted.