Soldier's Peak is an ancient Grey Warden base that sits atop a maze of abandoned mining tunnels in northern Ferelden.

The Grey Warden base at Soldier's Peak was built in the middle of the Glory Age, several decades after the second Blight was ended. Warden-Commander Gaspar Asturian desired a fortified headquarters where his forces could train and live. The defeat of the archdemon Zazikel was fresh in the minds of the Fereldan people, and many were willing to donate gold to build Commander Asturian's fortress. Soldier's Peak was fully completed within 10 years, and dedicated to the Maker in 9:34 [sic] Glory.
—From Codex entry: The History of Soldier's Peak: Chapter 1

In 7:5 Storm, Soldier's Peak was besieged by Fereldan soldiers loyal to King Arland Theirin, who were sent to kill Warden-Commander Sophia Dryden and her followers, who rebelled against the tyrannical king. After a bloody battle in which almost all the Wardens inside were killed, Soldier's Peak was abandoned and later forgotten. As a consequence of the battle, the Veil inside the keep was thinned, and the ruins were overrun by demons.

As a youth, Levi Dryden was contacted in dreams by Avernus, the only survivor of the battle, who had lived hidden in one of the towers of the fortress for almost 200 years by using blood magic. Avernus called Levi to the fortress (though he wasn't aware of Levi's heritage as a Dryden) in order to attract the necessary reinforcements to finally break the 200 year deadlock. The twisting labyrinth of abandoned mine shafts that must be traversed to reach the keep were far too dangerous for Levi himself to journey through.

Some time before the Fifth Blight, Levi contacted Warden-Commander Duncan for help. Duncan promised he would help Levi, but the Fifth Blight arrived first on Ferelden and Duncan was forced to deal with it. When Duncan was struck down in the Battle of Ostagar, Levi sought out to find the last of the Fereldan Wardens, in hope that they would take up the promise that Duncan could not.

During the Fifth Blight, the Warden, their companions, and Levi traveled to Soldier's Peak to uncover the truth about Sophia Dryden and her rebellion. There, they met the old mage Warden, Avernus, and learned about the demon infestation. After clearing out the fortress and strengthening the Veil, the Warden left the fortress under the care of Levi. Levi and his brother Mikhael settled at Soldier's Peak and began to use it to store their merchant goods.

Before sealing the Veil

After sealing the Veil:

Asturian's Might - the longsword of the Grey Warden Asturian.

Robes of Avernus - a robe that improves Blood Magic.

Starfang (greatsword) - the two-handed greatsword or

Codex entry: The History of the Drydens 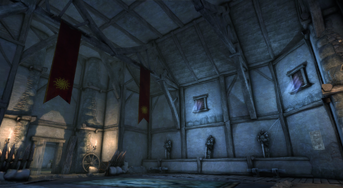 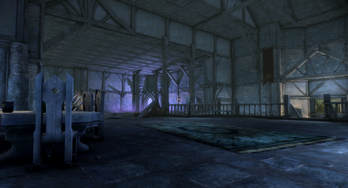 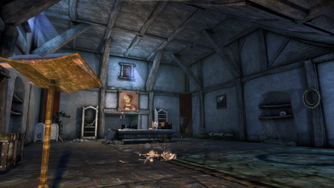 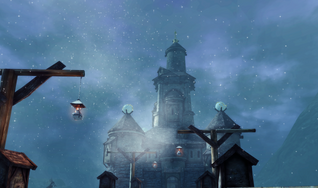 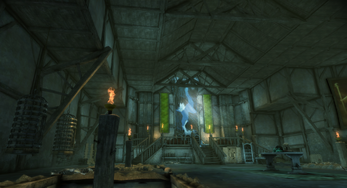 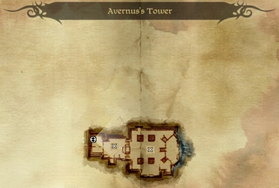 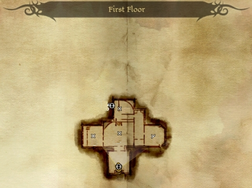 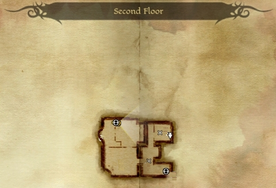